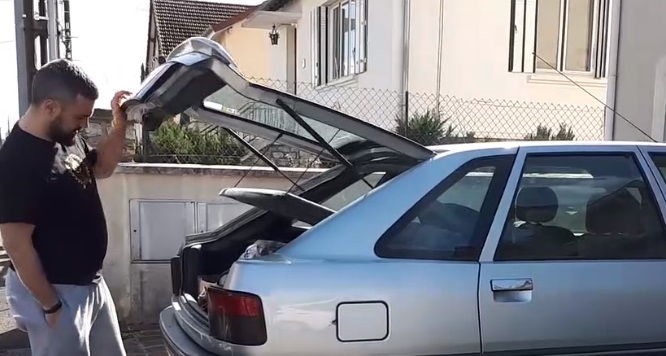 Mr Drouet’s house and car - located in the Parisian region - were tagged with graffiti in an overnight attack between Monday 18 and Tuesday 19 March, it has been confirmed. The car tyres were also slashed.

Mr Drouet’s wife has since lodged a formal complaint with local police.

In a video published by news source FranceInfo after the incident, Mr Drouet condemned the actions as “very cowardly”.

He said: “I would have liked to see who did it, to explain to them that there are other things they could be doing [with their time].”

Although this is the first time the house and car have been targeted, Mr Drouet said that he had previously received other messages, including hate mail and insult letters, sent to the house from people who are against the gilets jaunes movement.

Mr Drouet, who describes himself as a “driver” by trade, has been credited as one of the initiators of the original gilets jaunes movement, which began on November 17 2018 as a protest against rising fuel costs.

In February this year, the public prosecutor called for him to be handed a one-month suspended sentence and a €500 fine after accusing Mr Drouet of “organising protests without previous declaration”. A decision from the court is expected on March 29.

Yet, Mr Drouet has denied being any kind of “leader”.

In court, he said: “I have no organisational role, and am not any kind of leader in this movement. I am only a messenger.”