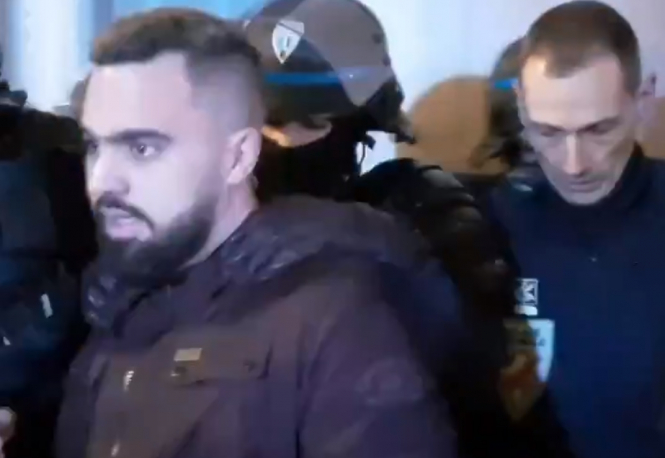 One of the so-called “leaders” of the gilets jaunes movement has been fined €2,000, of which €500 has been suspended, for organising undeclared demonstrations.

Éric Drouet, a 34-year-old truck driver from Melun, was involved in the first phase of the gilets jaunes movement in November 2018 - but insisted at a court hearing in February that he had 'no role as an organiser or leader' in demonstrations planned for on December 22 and January 2.

"I am just a relay," he told the court at the time, following his arrest not far from the Champs-Élysées on January 2.

The court heard messages sent by him on social networks telling followers that the location of the starting point for the demonstration would be revealed "at the last moment".

"Éric Drouet shows that he is an organiser of the movement" and therefore had to make a prior declaration of demonstration in order to "preserve public order", the prosecutor had argued.

He had claimed in court he was arrested on January 2 while on his way to a restaurant with friends. Prosecutors played a video posted on Facebook that day in which he said he was not planning a large demonstration in the evening, but wanted to do something to 'shock public opinion'.

In France, a declaration must be made at the town hall (or, in Paris, the police prefecture), between 15 days and 48 hours before any rally. Organisers must provide information including: the names and addresses of organisers, the date and place, planned route and purpose of the gathering.

Even after such a declaration, organisers must obtain official approval before the demonstration can legally take place.

Anyone found guilty of organising an illegal march, or who deliberately misrepresents key facts to authorities when declaring a demonstration, faces sanctions of up to six months in prison and a fine of up to €7,500.

International law says that the right to demonstrate should not be subject to prior authorisation. But international law also accepts that this right is, in each country, governed by its own laws.

Upon hearing the verdict, Mr Drouet's lawyer said that they would appeal against the judgement.