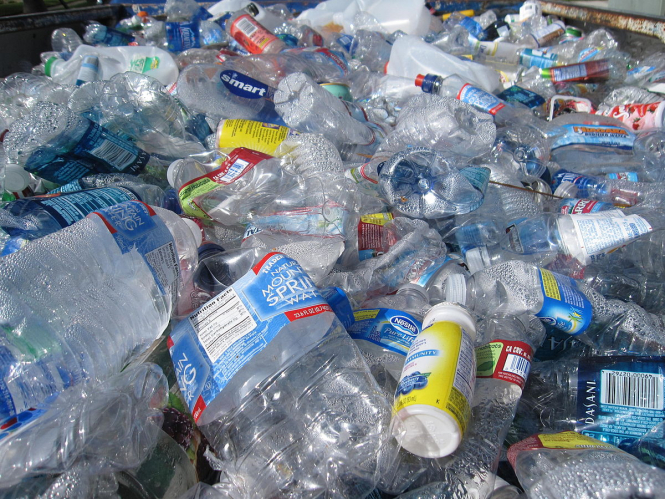 Figures show that today, of the 330,000 tonnes of cans and plastic bottles used in France every year, only 40% are recycled
By Connexion journalist

The practice was common from the 1960s-1990s, with early systems asking consumers to pay a little more for their packaging - which was often glass - and then, once the bottle was empty, to return to the same supermarket or shop to give it back, and receive a refund on its cost.

In this way, the same bottle could be reused as many as 50 times.

The proliferation of cheaper and lighter plastic bottles ended the consigne at the end of the 1990s, and recent figures show that today, of the 330,000 tonnes of cans and plastic bottles used in France every year, only 40% are recycled. (Glass recycling levels are higher, at around 86%.)

Now, the idea is to bring the same recycling principles of decades past, to modern plastic bottles, cans, and batteries. Special recycling machines would be installed in supermarkets, allowing customers to recycle easily, in return for small amounts of money per item.

Consumers could even be given vouchers for further shopping, or could choose to send their money - usually just a few centimes - to be donated to charity instead.

Depending on their material and use, the returned containers would either be refilled and resold, or recycled completely.

Secretary of State for Ecology, Brune Poirson, this week visited a start-up that specialises in recycling cans and plastic bottles in Ile-de-France; a clear sign that the government is genuinely interested in the possibility of bringing back the consigne system, and could be planning to incorporate it into a new paper on the future of the recycling economy, set to be presented by the end of March.

Reports suggest that the government will roll out trials of the system in cities such as Paris and Marseille first, and has a goal to see 100% of plastic bottles recycled by 2025.

The Réseau Consigne network in France is pushing for a return to the deposit method, as a means to save as much energy as possible - whether a container is made of aluminium, glass, or plastic.

“It costs far less to wash and reuse a glass bottle than it does to break it, heat it for 24 hours in an oven, and remake another glass bottle,” explains Bastien Vigneron, from the Ecoscience Provence association, and co-founder of Réseau Consigne, speaking to FranceInfo, referring to the current system often used in France to “recycle” glass bottles.

Other European countries have successfully brought the deposit system back; in some areas of Germany, recycling levels in this manner have reached 80-90%.

And yet, critics say that the financial incentives are not high enough for people to use the system, which gives out just a few centimes per bottle, meaning people would need to recycle hundreds of bottles to receive a few euros back.

Others, including the president of the recycling group La Fédération professionnelle des entreprises du recyclage (Federec), Jean-Philippe Carpentier, say that the system should be properly evaluated to see if it actually helps.

“Taking a decision like this without considering the impact it could have is dangerous,” Carpentier explains. “We cannot compare ourselves to the Nordic countries, as they have a recycling process that is different to ours. We have put in place a door-to-door collection system, as well as sorting centres; we have a whole industrial fabric of recycling and collection [already in place].”