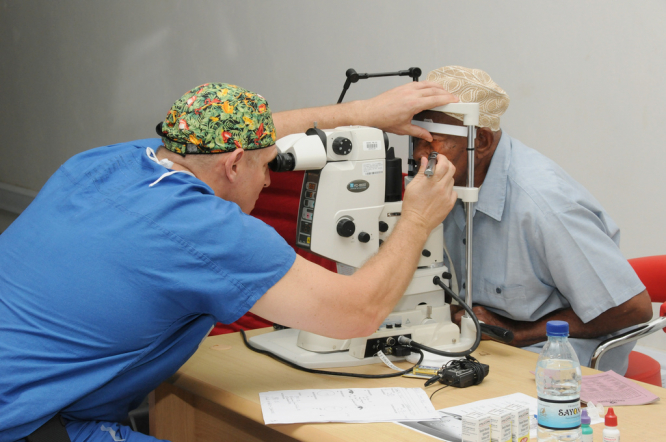 Tiny patches of cells no larger than 1-2mm square have given hope of saving the vision of some of the 1.5 million people in France suffering from failing eyesight.

French researchers have succeeded in growing patches of embryonic human stem cells into cells that can protect the retina, helping to stop incurable macular degen­eration and treating retinitis pigmentosa – a genetic condition which leads to deteriorating eyesight and affects 30,000 in France.

Success in tests on rats means the teams are now preparing an application for clinical trials on a dozen virtually blind human patients. Rats with a form of retinitis pigmentosa who received the treatment had better visual performance a few weeks later.

The same technique, which halts the death of retinal cells, may also be used to stop macular degeneration, a deterioration of the central part of the retina which is a leading cause of vision loss in older people.

The work, led by Professor Christelle Monville of I-Stem/Université d’Evry and Dr Olivier Gour­eau of Inserm/Institut de la Vision, and part-funded by the AFM Téléthon, could give real hope of halting vision loss and blindness for many thousands of people. If agreement is given quickly, trials could start at the end of 2018.

Dr Goureau said: “If tests are successful this procedure would be offered to some patients whose vision loss was in its first stages, so saving their sight.”

The cell patch is grafted under the retina where it prevents the death of living retinal neurones.

It does not regenerate cells – so it will not help the virtually blind patients regain their sight – but could stop further deterioration in some patients.

Prof Monville said: “This is the first time such a cellular patch has been created and we have shown it can work to halt vision loss. We must, for health reasons, work first with patients who have little sight and this will stabilise what vision they have left, but it cannot restore sight.”

However, she said the work would not help in the majority of cases of retinitis pigmentosa as they affect the cones and rods photo-receptors and it was not possible to replace them – but she hoped that that may be possible in the future.