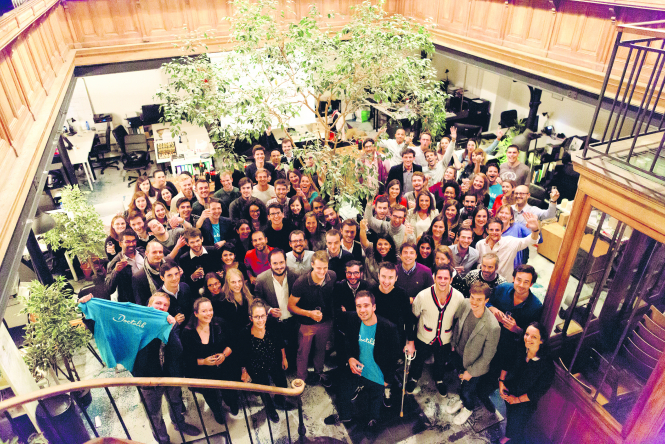 A total 30,000 medical professionals in France have signed up to the Doctolib online appointments system
By Jane Hanks

With online booking service Doctolib (www.doctolib.fr), gone are the days of hitting redial on your phone in the hope that, next time, the doctor’s surgery line will not be engaged, or being told there is no appointment possible for several days.

Patients can register for free and, if their doctor’s surgery, local hospital, optician or other health professional has also signed-up at a cost of €109 per month, they can book a convenient appointment 24 hours a day, seven days a week.

Medical professionals can still be contacted for appointments by phone, as usual.

The rapidly expanding service is one of France’s most successful recent start-ups. Four years ago it had 50 doctors on its books. Today, some 30,000 medical professionals have signed up and more are joining at a rate of 2,500 a month.

The company raised an additional €35million in November 2017 to help it expand – more than any other e-health business in Europe.

He added: “There are 1.5 billion medical appointments a year in France, compared to 200 million hotel reservations, yet everyone has heard of Booking.com but there was no equivalent for doctors.

“For patients it is often difficult to get an appointment and we saw a chance to make the system work better.”

After booking, patients receive confirmation of their appointment by email or text and a reminder, if necessary, 48 hours before the allotted time.

The service also allows patients looking for specialist services that may have long waiting times, such as an ophthalmologist, to find an early available appointment nearby.

A total 750 hospitals and clinics have signed up to Doctolib, including Rives de Seine hospital with premises at Courbevoie, Neuilly-sur-Seine and Puteaux, Hauts-de-Seine.

It joined in April last year and spokesperson Nathalie Lhuillier told Connexion: “One thousand appointments come via Doctolib every month, particularly in obstetrics and gynaecology, which mostly concern women who find it easy to use an internet service.

“The advantage for us is that it frees up our health secretaries to concentrate on other jobs.

“Because patients get a reminder, there are fewer cases where the patient does not turn up for an appointment and that means there is less wasted medical time.”

But what about those who may be concerned that an appointment made online has not properly registered?

Doctolib’s communications manager Antoine Msika said patients can still contact their doctor’s secretary if they wish: “This service does not replace secretaries and a human contact.

“People can be reassured their appointment is in the doctor’s diary because of the confirmation they will receive. Every week, on average, six patients fail to turn up for an appointment at every surgery.

“With Doctolib there is a 75% red­uction in missed appointments. This means that patients get the treatment they need. It also means they are also more likely to remember to cancel if they no longer need the appointment, which can free up time for someone else and shorten waiting lists.

“It is much more efficient.”

A year ago, Doctolib extended its services into Germany. A thousand doctors have signed up in five towns there and part of the financing raised in November will be used to develop the network.

Mr Msika said the potential in both countries is considerable: “France is far behind other countries in this domain. In India, the US and Australia there are thousands of doctors signed up to similar sites.