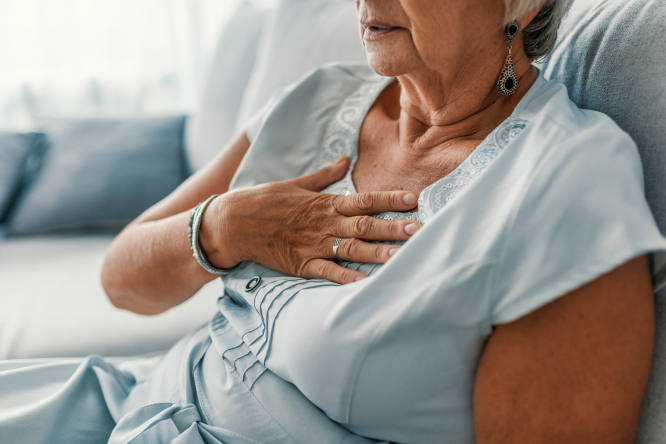 'The first four minutes are crucial. If people can restart the heart during that time there is a much better chance of survival' says Célia Rich of Lifeaz Pic: Dragana Gordic / Shutterstock

A firm making defibrillators for the home and office has seen sales take off in the first seven months since its launch.

Paris-based Lifeaz hopes that its machines, which deliver shocks capable of restarting the heart, will reduce the number of deaths from cardiac arrest in the home, estimated at 50,000 in France each year.

Célia Rich, the firm’s chief training adviser, said: “In places like Seattle in the United States, where there are lots of defibrillators, the chances of surviving a big heart attack are 60% to 70%, while in France they are just 5%.

“The first four minutes are crucial. If people can restart the heart during that time there is a much better chance of survival.”

Lifeaz’s founder Johann Kalchman previously worked for a business specialising in pacemakers, where he became aware of the need to improve chances for heart attack victims in France.

An estimated 80% of heart attacks occur at home, but a lack of first aid training and fear of intervening mean people often wait the 10 to 15 minutes it takes for emergency services to arrive without helping.

“Our machines are designed to make things as easy as possible,” said Ms Rich.

“Once they are opened, you push a button to choose between French or English and then just follow the voice instructions and pictures.

“After the shock treatment, it guides people on how to give cardiac massage until the victim recovers consciousness.”

The defibrillators are designed and made in France and measure 21cm by 21cm by 8cm.

Individuals can buy them for €990, or rent them for €29.90 per month. For businesses, the price is slightly higher but includes staff training.

Parisian photographer shows a much darker side of the City of Light
18 October 2021
More from Health
More from Connexion
Get news, views and information from France
Join the newsletter
Subscribe to The Connexion