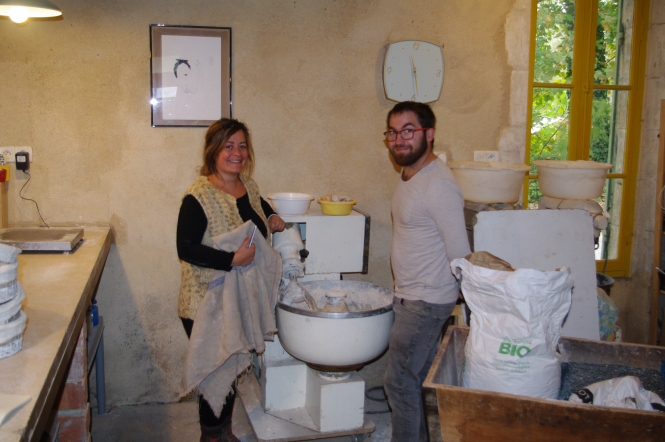 The change reflects battles with authorities over employment laws in many countries, including France, as the scheme’s popularity has grown.

The principle is simple: in return for accommodation and at least one meal a day, the “wwoofer” does a limited number of hours’ work on a farm or garden. Except it is not called work – it is “sharing labour” in return for practical experiences.

The network started in the UK in the early 1970s and became popular as a way of having a cheap holiday and seeing first-hand how people in different countries live, as well as doing some (usually manual) work.

A number of people here, including Britons, began acting as Wwoof hosts in the late 1990s, using the “independent” section of the website for countries with no official organisation.

As numbers grew, French wwoofers formed a national association in 2007, but they risked running foul of labour laws: in France work has to be paid for in money, not kind, unless it is a simple case of neighbours or family helping each other.

David Marie, former president of Wwoof France (see www.wwoof.fr) and now the organisation’s part-time employee, said: “That is why we never refer to ‘work’ on organic farms.

“It is a sharing relationship. The wwoofers learn skills, techniques and the philosophy of organic farming, and hosts open their houses and share meals to pass on their knowledge.

This arrangement was formalised in 2014 between the association, the Ministry of Agriculture and the Mutualité Sociale Agricole (MSA), the super-caisse which runs health, pensions, family allowances and other services for farmers.

There was a crackdown on illegal workers at the time, and Wwoof took the chance to clarify the legal status of its organisation.

Mr Marie said: “The base of the agreement is that wwoofers and hosts are helping each other, and everyone has the right to help someone, without being classified as an employee.”

There are now 1,700 hosts in France and “thousands” of wwoofers, although the exact number is kept secret. “So the MSA does not get alarmed,” he added.

Julien Lucy and his wife Mélanie are both former wwoofers who now host others on their market garden in Charente-Maritime.

Situated in a bio (organic) co-operative in Mortagne-sur- Gironde, they grow and sell vegetables either to subscribers who buy weekly or fortnightly baskets, or through a kiosk at the local port and a bio shop at the larger town of Saint-Georges-de-Didonne.

“We could do the work ourselves, but having the wwoofers is a great help,” said Julien. The couple have between 200 and 300 requests a year, and so select on a first-come, first-served basis.

“The only exception is if someone has a project to open their own bio farm or market garden, and then we let them jump the queue.”

He heard of wwoofing for the first time while travelling. “We were in the Landes and by chance met up with a market gardener who was a wwoofer host.”

The couple had many requests from Germans, usually women aged between 20 and 25 who were interested in bio farming and staying on the Atlantic coast, but now find there are lots of requests from French people.

“It is obvious that more French people are hearing about it, and it is becoming accepted. We also have had people from Canada, South America, Africa and Japan.”

The couple’s experience with wwoofers has been overwhelmingly positive. “I know some people have had less good experiences with wwoofers and wwoofing, but that has not been the case with us at all,” he said. “We are still in touch with many people, and some return every year.”

One of Julien’s former wwoofers, Fanny Choisy (pictured with him), has now also started living in the co-operative, where she is in the process of setting herself up as a bio-baker. She first heard of wwoofing through word of mouth while working as a jeweller in Poitiers.

“I suppose I was in a circle of people who were interested in bio eating and things, and somehow through them I heard of wwoofing and gave it a try,” she said.

She wwoofed with Julien and Melanie, and then moved to another host near Bordeaux, who had a bakery as part of the business, and spent time there learning the trade.

“The hosts I have had have been genuine about sharing their experience which helped me tremendously,” she said. “At no time did I feel they just wanted me to do the work without being paid – it was a sharing arrangement where I really learnt as I worked.”

She is also a volunteer with Wwoof France, where she is a mediator in cases where there is a conflict between hosts and wwoofers.

“There are very few of them, and they normally boil down to what is expected from each side.

“Some hosts feel wwoofers are not really interested, while we also get complaints sometimes that hosts seem to expect too much from wwoofers, but given the number of people involved now, the number of problems is very small.

“In the end, sometimes, some people just do not get on with each other.”