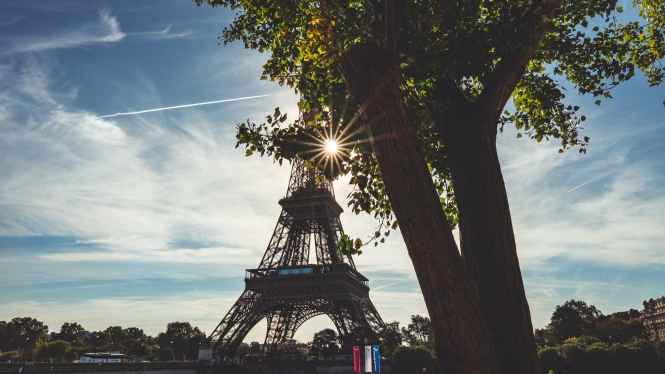 The entire Ile-de-France region is in red alert for heatwaves today, along with parts of the Nord region.
By Joanna York

The 13 departments on red alert for heatwaves include the entire Ile-de-France region and four departments in the Nord region (Aisne, Oise, Pas-de-Calais, and Somme).

However, red alerts have been lifted today for the Seine-Maritime and Eure departments in Normandy. This indicates that the heatwave, which began in France five days ago on August 7, is receding.

Of the 60 departments on orange alert today [now 65], 47 are expected to experience heatwaves; five will see heatwaves and storms; and eight will see storms only.

Weather forecaster Météo France predicts that “storms currently present along the Atlantic coast will intensify and become violent from mid-morning”.

Stormy weather along France’s west coast will bring heavy rain, hail, and strong gusts of wind - but this should pass by tomorrow evening (August 13), the forecaster said.

What is a 'red alert' heatwave?

In France, a heatwave (canicule) is defined as a prolonged period during which temperatures are high both during the day and at night. In practice, different departments in France have different definitions of what this means. For example, in Toulouse, Météo France describes a heatwave as three days and nights during which the temperature does not go below 21°C at night and goes over 36°C in the day.

A red alert (alert rouge) heatwave is classed as weather so hot that it may cause significant problems which require “exceptional” measures, such as saturation in hospitals and funeral homes, electricity blackouts.

In such weather, precautions are advised even for people in good health. These include:

French communes get water by lorry as heat breaks records