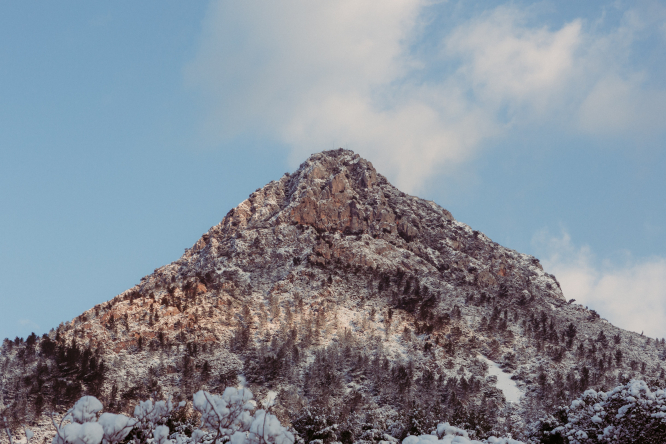 André Trégret, aged 70, tried for five days to find a path that would lead him out of the mountain range in the Var
By Joanna York

André Trégret left home on Thursday June 18 for a one-day hike, and was not seen again until five days later, when he found his way to a hostel run by two Dominican friars. After losing his way on a path, he spent five days in the Sainte-Baume mountain range, sheltering on a ridge at night.

Mr Trégret, who lives in Six-Fours in the Var, was tired and dehydrated when he reached the hostel on Monday, June 22, and is still recovering in hospital in Aubagne (Bouches-du-Rhône, Provence-Alpes-Côte d'Azur).

In an interview with news site France Bleu Provence his son Camille Trégret said: “It’s a miracle, my father is a miracle.”

He explained: “My father is an experienced hiker. He left last Thursday [June 18] for a one-day hike with a sandwich, two apples, three cakes and two little bottles of water in his bag. He doesn’t have a mobile phone, so he left without a means of communication.”

After losing his way on a path and ending up on the ridge, where he would sleep for four nights, “he quickly found himself without food or water. So, he drank his urine for four days so he didn’t die of thirst”.

For five days his father tried taking different paths to find his way to the hostel, but always ended up back at the same ridge. Over the weekend he hoped a passing police helicopter would spot him waving his wind-breaker, but they didn’t.

Then, on Sunday evening, he found an apple in his bag that he thought he had already eaten.

“That apple maybe gave him his energy back, because on Monday he decided to set off on the paths again,” his son said. “It was his last try, he was exhausted.”

In the middle of Monday night (June 22) André Trégret found his way to l’Hostellerie de la Sainte-Baume, in Var. The hostel is run by two friars in the Catholic Dominican order, who had been praying for the missing hiker hours earlier.

Camille Trégret said his father had prayed every day while he was lost in the mountains.

He said: “My father is religious. He told us he had called on God to get him out. For him, this was a real spiritual journey.”

When recovered, André Trégret hopes to meet with the Dominican brothers who run the hostel.