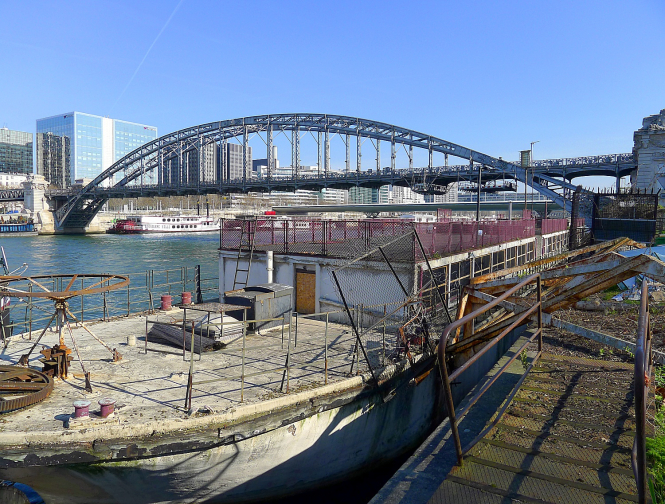 An abandoned river barge that was fitted out by noted artist and designer Le Corbusier and was classified as a historic monument sank at the weekend at its moorings on the banks of the Seine in Paris.

The Louise-Catherine, a 70m long, 8m wide barge made of reinforced cement was in the process of being renovated at the port d'Austerlitz to become a museum and cultural centre, according to its owner.

It sank "in about 20 minutes", the vessel's owner said, some 15 minutes after the bow was freed from the quayside on which it had snagged as the Seine floods receded. Local police said there were no injuries, and there is no risk to river traffic.

The Louise-Catherine was built in 1915 and transported coal to Paris from Rouen. The barge was redeveloped by designer, artist, architect and urban planner Le Corbusier in 1929, and employed as a floating shelter for homeless people the capital until 1994.

Owner Alice Kertekian told 20minutes that she hoped the vessel could be refloated and the restoration work could resume, but added that any attempt to salvage the Louis-Catherine would have to wait until the flood waters receded.