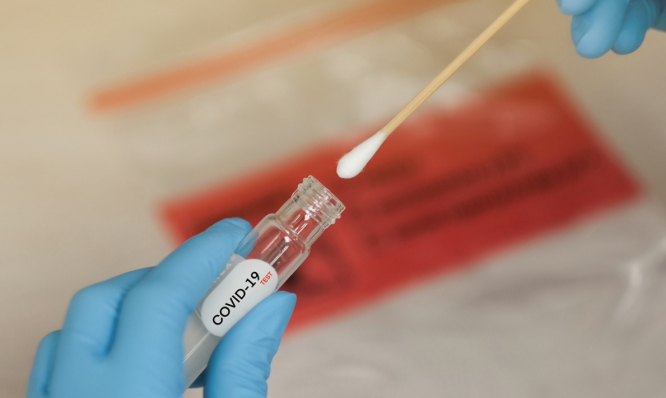 The Indian variant is considered to be more contagious than the other strains but its spread across France is not inevitable Pic: Time Out Doha / @TimeOutDoha / Twitter

Five cases of the Indian variant of Covid-19 have now been identified in France, with investigations underway.

The variant known as B.1.617 - which was first detected in India - was not present in mainland France earlier in the week, Health Minister Olivier Véran said.

The Indian variant is considered to be more contagious than the other strains.

Where are the cases and who are they?

The first case detected in France was in Lot-et-Garonne. It was found in a “symptomatic” woman, who tested positive on April 9, after having travelled back to France from India.

She has been self-isolating with her family since then. Her husband has also been found to have the variant.

All of her contacts have been informed and are being supported by l’Assurance Maladie and regional health agency l’Agence régionale de Santé (ARS) Nouvelle-Aquitaine, the DGS said.

Benoît Elleboode, director general of the ARS Nouvelle-Aquitaine told BFMTV: “I do not think it is the first case in France, but it was the first case in our region, in Lot-et-Garonne, which was confirmed because the [DNA] sequencing was done in Toulouse.”

A third case was later detected in Bordeaux, in a man who had travelled to and from India for work.

The ARS said: “The three patients are doing well, no one is suffering from a severe form [of the illness] everyone is at home with few symptoms, and the spread is under control.”

Two more cases were detected in people who had arrived in Bouches-du-Rhône from India. They did not know each other.

The ARS said: “These two people were placed into quarantine immediately after their arrival in France.” They tested positive on April 19 and April 27 respectively.

Are there any other suspected cases?

Yes, but only in people who have travelled to and from India recently.

The DGS said: “So far, there have been several other suspected infection cases of the variant B.1.617 reported in France in people who have been to India. Increased investigations by the ARS and sequencing of tests are underway.”

Dr Karine Lacombe, infectologist and head of infectious diseases at the Saint-Antoine hospital in Paris, told BFMTV that several suspected cases are being investigated, including in Havre (Seine-Maritime), and in Marseille.

She said: “We thought that France had escaped the Indian variant. Obviously it has not. Even though our borders are more or less closed, they remain relatively porous.”

Does this mean the Indian variant will spread in France now?

Dr Lacombe said that this is not necessarily the case.

She said: “This doesn’t mean that the Indian variant will spread. When clusters are controlled, it allows us to contain the spread of this kind of variant.”

A similar system is in place “for people who arrive from certain places that have worrying variants of SARS-CoV-2 actively spreading”, such as South Africa, Brazil, Chile, and Argentina.

Worldwide, the World Health Organisation has said that the Indian variant has been detected in 17 countries, including those in Europe.

According to the latest data, in France in the past week (April 19-26) the UK variant still accounted for 82.7% of cases.