Is your clock running slow? 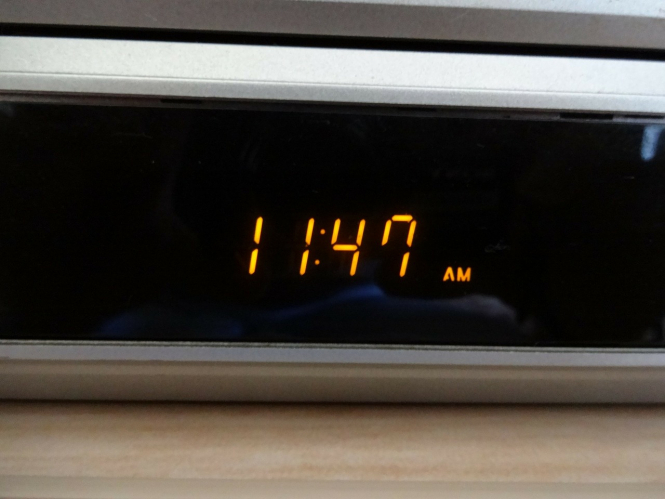 You may not have noticed it until now – or not been bothered by it – but digital clocks on many ovens, electric alarm clocks and other devices are running about six minutes slow.

It is not your device or the cold weather that is at fault but the electricity coming into your house – it is being slowed down and it is happening to millions of others across Europe.

The problem, amazingly, lies in Kosovo and Serbia where a power dispute since January has affected the frequency at which Europe’s synchronised high voltage electricity network runs and made clocks run slow.

To keep time, digital clocks on ovens and non-battery electric clocks are set by the frequency of the electric current and count the pulses, normally 50 Hz, but electricity supply problems in Kosovo and Serbia meaning it is running a fraction slower, at 49,996 Hz.

The transmission system association Entso-e, which covers 43 energy suppliers in 25 countries, says a dispute between the former warring countries has seen Kosovo reducing the amount of power it is putting into the system.

Have you noticed your clock running late? ! The Continental European Power System is experiencing a continuous system #frequency deviation from the mean value of 50 Hz since mid-January 2018. Why is this happening? Read ENTSO-E press release: https://t.co/6oroH2haNW pic.twitter.com/LnQygS6kvg

Countries are supposed to balance what they use domestically but Kosovo is not a member of Entso-e and Serbia, which is responsible for balancing Balkan production and output, refuses to do so for Kosovo and this has slowed down the frequency.

Entso-e says that there has been 113 GWh of lost power production, forcing the system to balance itself by slowing down fractionally – thus, slowing electric clocks.

It is speaking to both Kosovo and Serbia to find a political solution.

Find the correct time on the website of the Observatoire de Paris – although it says for the exact time to call the speaking clock on 3699 (which costs €1.50 per call). You could also listen in to France Inter, which gives four beeps on the hour and the last is exactly on the hour.