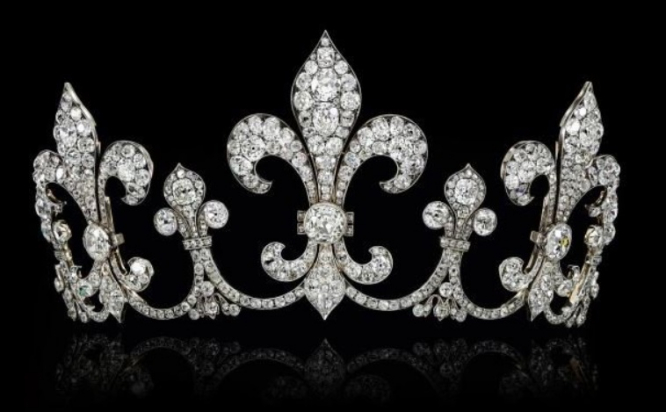 The jewellery - now at auction house Sotheby’s - has not been on public display for two centuries.

Sotheby's London is THE place to see breath-taking jewels this weekend! From Marie Antoinette's historic jewels to stunning diamonds, gemstones & signed pieces, come see for yourself! On view today until 5pm, tomorrow 9am-4:30! #sothebysjewels https://t.co/OV547pYu4x pic.twitter.com/HMVmk9QUzs

After the London exhibition, the collection will be sold at auction, with the necklace alone estimated to go for between 1 million to 2 million US dollars (€868,550 - €1.7m).

One of the rings is monogrammed with the initials “MA” in rose diamonds, and contains a piece of the queen’s own hair; while another is monogrammed with “MD”, for “Monseigneur le Dauphin” - the father of Louis XVI and Marie-Antoinette’s father-in-law.

Another ring is decorated with a miniature of the queen herself, surrounded by diamonds.

Benoit Repellin, jewellery specialist at Sotheby’s, said: “Before [the royal family] escaped to Varennes [during the French Revolution], Marie Antoinette wrapped up her jewellery, her pearls and her diamonds, and sent them to her sister in Brussels, in the hope that they would then be sent to the Imperial Palace in Vienna.”

He added: “It’s very rare to see such important jewels from the most famous French queen in the world coming up at auction. It’s a very rare occasion to have chance to buy one of them.”