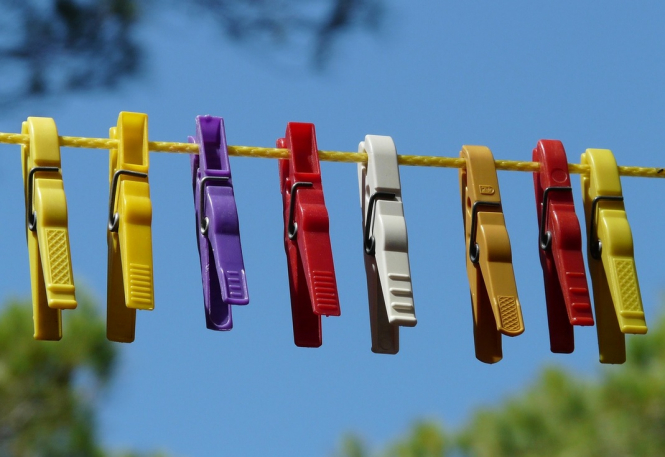 The first line of underpants appeared just over two weeks ago, strung on a washing line between two trees on a main road
By Connexion journalist

The first line of underpants appeared, strung between two trees on one of the main roads on February 5. Others appeared over the next two weeks.

Theories were proposed. A demonstration against a project for a new Center Parcs project in the nearby forêt de Poligny? A St Valentine’s prank? A joke?

The answer was revealed this morning by France Bleu Besançon. It was the work of 14- and 15-year-old 4ème students from the Notre-Dame de Poligny collège who were studying the power of "fake news" and rumours, and have written a show based on the events.

The idea was created in collaboration with author and comedian Nicolas Turon, who shared the pupils' message.

"Our 'pirate' actions had no other objective than to create reactions, and from that, we have written a show," explained the statement from the students. "It was for us to prove the strength of media repercussions."

An exercise that certainly showed how far a simple act can go.

The students' teacher, Laetitia Garrot, had no idea it would reach the national media, saying: “It worked very well. It made lots of people talk. We didn’t imagine all that. The pupils were involved all week following the news, to see where it was reported.”

The story even reached Switzerland, and the phone did not stop ringing at the town’s local Mairie.

When the pupils return from their school holidays they will continue to work on their show, which is set to reveal the full story of "the underpants pegged up in Poligny".