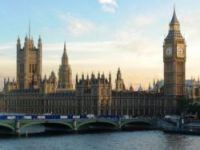 A LAST-DITCH bid to stop the ending of British Winter Fuel Payment (WFP) to expats in so-called ‘warm countries’ like France has been launched – and needs readers’ urgent help.

British MP Roger Gale has today tabled a motion in the House of Commons asking for the ‘statutory instrument’ (SI) axing the payments to be anulled. It is now vital this obtains support from other MPs.

Sir Roger, who researched the avenue of a so-called ‘prayer’ against the SI on Connexion’s request, has had the motion listed on the House of Commons’ order paper (sheet for the day’s business) tomorrow (Friday). The window for this to be debated and passed is open until February 9. This is more likely to happen the more MPs lend their signatures in support.

This time period represents 40 days from the SI being laid before parliament on December 15, bearing in mind the Christmas recess, which is not counted.

Sir Roger said: “People must now contact their own MPs [in the case of expats, MPs for the last UK constituency where you were registered to vote] – not me - explaining why they have an interest. Tell them: ‘I am going to lose my WFP, which matters to me; this is unfair because...’ and please therefore will they sign EDM 695 which is a prayer against the statutory instrument.’

“Readers should also ask their MP to be kind enough to confirm that they have done this.”

You can find your MP’s details here: MPs.

Sir Roger said the prayer will be listed on the order paper as an ‘Early Day Motion’ (EDM), however he said this is just a “device to get it on the paper” and it is not a standard EDM, which he said are usually ignored. “Some MPs, like myself, usually never sign EDMs because they’re a waste of time – but this is different.”

Sir Roger said he acted exceptionally in asking permission to lodge the prayer against the winter fuel regulations. He said he is usually not supposed to do this, because, as a member of the Speaker’s panel of chairmen, he would not normally be able to pray against a matter over which he might be required to preside in a standing committee. He said: “It’s on the strict understanding I can’t participate in the proceedings, if there are any, and I did it to get it onto the order paper in the time we’ve got left.”

The SI restricts the WFP to people living in named EU countries that the UK government considers to be no warmer in winter than the south-west of England. France was not included despite the fact that the research that the Department for Work and Pensions (DWP) based this on, which was sent to Connexion after a Freedom of Information request, showed mainland France has an average winter temperature of 4.9C, compared to 5.6C for the south-west of England.

However the research, as Connexion revealed, also showed that 7C could be obtained for France by adding in its overseas departments (DOMs), which include French Guiana, which is technically both the largest and least populated ‘region’ of France. The same calculation was done for Spain and Portugal, however adding in their overseas territories only increased their temperatures by 0.1% each.

The latest DWP data shows that 62,840 recipients of British old-age pensions live in mainland France, as opposed to 30 in the DOMs. The latest DWP data also shows that in France (including the DOMs) only 29,535 WFPs were paid in winter 2013/14 – about half as many. As a rough estimate therefore, it is possible that only 15 people claim WFP in the tropical DOMs.

The UK government says it is fair to include the DOMs because they are considered politically to be a part of France and WFPs can, under the existing rules, be paid to residents there as in the rest of the EU. However Connexion considers this misleading since this temperature test rule is a purely British creation and nothing to do with EU rules - so we see no reason why the UK would be obliged to treat the mainland and DOMs together for this purpose of assessing temperatures.

Connexion suggests you draw your MP’s attention to the following points (perhaps by forwarding a link to this article):

• The European Commission told Connexion in July 2013 that the WFP is considered to be a normal old-age benefit, effectively a kind of pension, which should be paid to all those entitled to it even if they move to another member state. As a general principle it is therefore discriminatory under EU rules to refuse it to people moving outside the UK in the EU or to give it to those in certain countries and not others. Under the UK's existing rules (eg. for winter 2014/15), WFP recipients can continue to have it if they have moved from the UK to another EU country, and people can also claim it for the first time from other EU countries if they are of the qualifying age and can show a "sufficient link with the UK's social security system", such as having worked in the UK and paid National Insurance for a significant part of their lives. After the SI was laid before parliament the Commission told Connexion it is now considering its contents before it can comment on its precise position with regard to the UK's actions.

• It is unfair to list France as warmer on average in winter than the south-west of England, because without the DOMs it is only 4.9C compared to 5.6C, using the DWP’s own data. The DWP told Connexion it does not hold precise data on WFP claimants in the DOMs, however Connexion estimates 15 claimants live there, based on OAP figures, which are available. Météo France data shows the tropical DOMs have an average winter temperature of about 26C.

Guiana, which is larger than all of the mainland French regions, seems in particular to have had a disproportionate effect on the figures due to the way the country averages were calculated. The temperature data the DWP used uses information from the University of East Anglia which obtains country averages by dividing the total area of a given "country" into map grid boxes 18km by 13km and then taking an average of all the temperatures obtained for the whole "country". Guiana (average winter temperature approx. 27C), at 84,000km2 (compared to the largest mainland region, Midi-Pyrénées, at 44,000km2), would have therefore had about 359 boxes x 27C, explaining the large difference made by including the DOMs.

• Many parts of France are regularly colder than the south-west of England. The Met Office says the south-west of England was on average 5.9C in December 2014. Météo France estimates that parts of France were colder, such as the north-east (4.2C), north (5.1C) and centre (5C). The body also gave the typical temperatures based on recent decades as lower than this, respectively 2.9C, 4.4C and 4.5C. Even in the 'sunny' south, temperatures can plunge on some winter days, especially in inland or higher-lying areas.

• The research used by the DWP was unusual in using a five-month period (November to March) to represent “winter”.

• The SI unfairly allows the WFP to people living in Italy, even though its temperature was found to be 5.7C (which was also dragged down by Alpine temperatures in the far north, despite the fact many expats favour areas such as Tuscany).

• The Treaty of Lisbon, article 349 provides that for purposes of European law the DOMs may be treated seperately from France.

The details of the SI can be found here: Statutory Instrument and here Explanation. Details of the temperature research are here: Temperatures.

Sir Roger’s prayer will be listed on the order paper tomorrow as follows: “Social Security SI 214 No.3270 Sir Roger Gale, that a humble address be presented to Her Majesty, praying that the Social Fund Winter Fuel Payment Amendment Regulations No. 3270, December 10, 2014; a copy of which was laid before the House of December 15, be annulled”. It will appear on the paper as Early Day Motion no. 695.