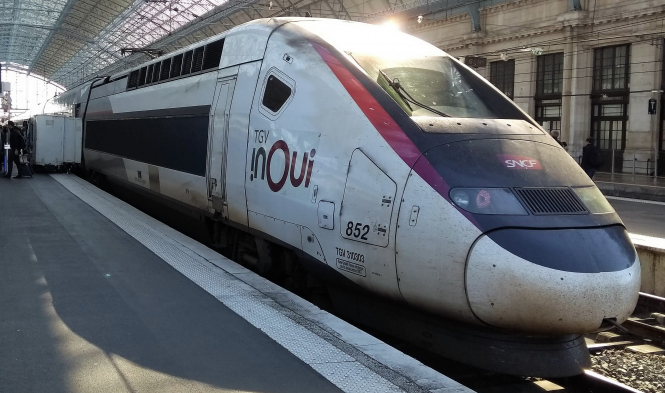 Junior transport minister Jean-Baptiste Djebbari has announced that phase 1 and 2 of the Ligne Nouvelle Provence Côte d’Azur (LNPCA) project will go ahead to the proposed schedule.

A major reason for the LNPCA project is allowing TVG trains to travel faster between Marseille and Nice, although a previous project for a dedicated fast 'LGV Paca' line for TGVs only was abandoned. The project is also meant to improve fluidity and frequency of trains generally in the region, which has one of France's busiest rail networks but among the highest levels of cancellations and delays.

These first phases will consist of infrastructure improvements in Nice, Cannes, Toulon and Marseille, starting in 2023, including the creation of a new four-platform Nice Aéroport TGV station in the west of Nice.

The station will be close to Nice airport – France’s second busiest – as well as the new east-west tramway and will be designed for easy access to both for passengers using the TGV.

Phase 1 will also include improvements at Toulon and Marseille, including on the Toulon to Hyères branch and its La Pauline station, new rail lines where local TER trains can park up in Toulon and the creation of a new station in the east of Toulon in the Sainte-Musse district.

In Marseille phase 1 will involve a ‘rationalisation’ of the railway lines that converge in the city from different directions.

Phase two will notably see the creation of improvements to the lines between Cannes, Nice and Menton, with increased frequency of trains, and the creation of new infrastructure underground at Marseille Saint-Charles station.

The minister confirmed that further studies will take place into a third and fourth phase of the project for more improvements and new lines in the region.

The prefect of the Paca region, Pierre Dartout said that the minister’s announcement “confirms the relevance of the LNPCA which represents a real opportunity for the territories that it will serve”.

Paca region president Renaud Muselier said: “This decision marks a major turning point in the creation of the LNPCA and confirmed the unfailing commitment of the state and the local councils to bring the project to fruition.”

He said he was now waiting for action by the teams of SNCF Réseau, the company which manages and maintains France’s rail infrastructure, and for the state to create a structure to finance the overall project, which could take the form of a new dedicated company.