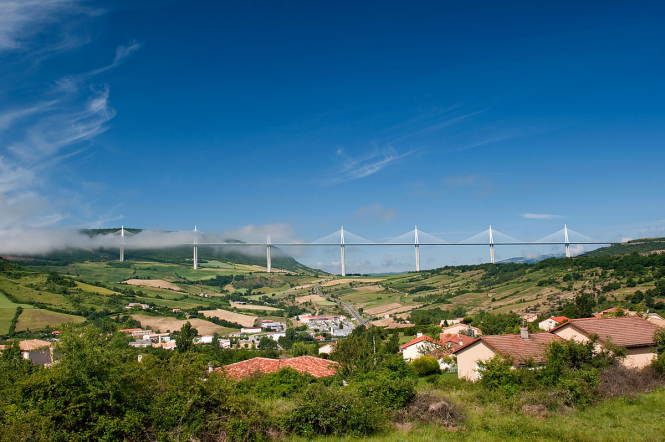 The full list details 164 of the biggest French bridges across the road network, and highlights the 23 that have been deemed to require updates.

Two were judged to need very urgent repairs (“category 3U”): the viaduct at Echinghen, near to Boulogne-sur-Mer (Pas-de-Calais), on the A16; and the viaduct at Caronte, on the A55, in Martigues (Bouches-du-Rhône).

Both bridges are currently undergoing work, with the second now said to be out of danger, but requiring a second inspection to confirm this.

Just one bridge was judged to be in “category 1”, meaning it was “in an apparently good state”. Two others, the viaduct at Millau (Aveyron) and the Normandy bridge (Seine-Maritime et Calvados), were also in very good condition.

This means it has not taken into account more recent incidents, such as the collapse of a support pillar on the Gennevilliers viaduct on the A15, between Hauts-de-Seine and Val-d'Oise. Repairs on this are due to start before the end of September.

Of the entire list, 42 bridges are the direct responsibility of the State, with 122 others managed by motorway companies.

The list comes after transport minister Elisabeth Borne promised to publish it, following the collapse of the motorway bridge in Genoa in Italy on August 14, which killed 43 people.

Ms Borne sought to reassure the public that there was no danger, and that she had recently increased the budget for keeping bridges updated.

She said: “This classification of the condition of bridges is a tool to indicate any repairs needed, and how urgent they are. It does not translate into a security risk.

“We have some bridges that are not completely new [but] I did not wait for the Genoa catastrophe to begin working on their upkeep, or to take stock of the state of the national network.”