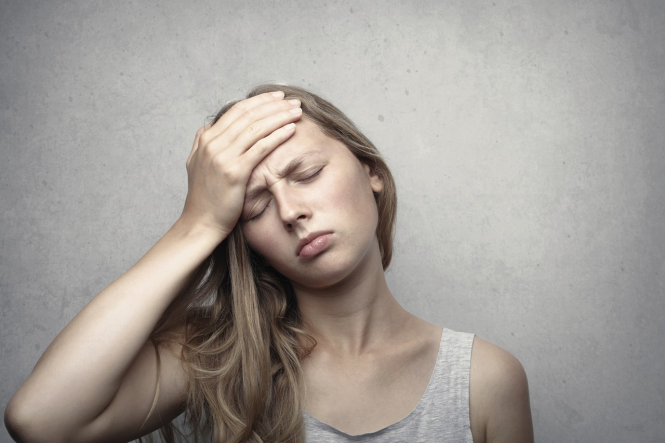 French health authorities are considering how to help patients who report having “long Covid” - a condition in which people who caught Covid-19 months ago say they are still suffering long-term effects.

“Long Covid” has been reported in several countries over the past few months, and was officially recognised as a condition by the World Health Organisation (WHO) in August.

It appears to affect patients who caught Covid early on in the pandemic - some as early as March 2020 - many of whom had a more severe case, and may have needed oxygen or hospital admission. Yet, it has also been reported among people who had a mild case at home.

Even though they have ostensibly been “cured” and no longer have the illness or require treatment for it, many have reported long-term symptoms.

These have included severe fatigue, getting out of breath more quickly than before, not being able to resume physical activities that they regularly did before (such as long-distance running or cycling), ongoing taste and smell issues, nausea, trembling of the limbs, cold hands, burning sensations, hair loss, skin problems, and brain fog.

A questionnaire in France by chronic illness research project ComPaRe, which was answered by 600 patients, found that there were at least 50 symptoms reported in connection with “long Covid”.

For some, these symptoms last for months or flare up regularly.

In the UK, the condition has been recognised and the country has set up consultations and services dedicated to its care. In France, the health body la Haute Autorité de santé (HAS) is now beginning to consider how to help these long-term affected patients.

Professor Dominique Salmon, infectologist at the Hôtel-Dieu hospital in Paris, said: “Some were hospitalised with severe Covid-19, but most only had mild forms. Our patients are rather young (36-51 years) and are often sporty. Women are also over-represented. Most have some kind of allergy.”

Some patients do not have definite proof that they had Covid-19, mainly because testing was limited during the first wave, especially for people with mild cases.

Numerous patient support groups and Facebook communities have sprung up as the condition has spread, with many people saying they had been accused of hypochondria and saying that doctors had sent them away with antidepressants, rather than trying to address what they say is the real cause.

Sandrine, who joined the patient support community #AprèsJ20, told Le Figaro: “Some days, we feel as though we are going mad and depression takes over. We must respond to these patients, because it would be such a shame if they felt they needed to try non-proven remedies or lose themselves in medicine.”

Currently in France it is not yet known how many people are suffering from long Covid.

A telephone study in Geneva, Switzerland, found that of 700 Covid patients, a third of them still had some kind of symptom four-to-six weeks after being diagnosed.

A UK study found that one in ten patients still had symptoms after three months.

Dr. Mayssam Nehme, lead author of the Swiss study - which was published in the Annals of Internal Medicine journal - said: “When extrapolated to the millions of people infected since the beginning of the pandemic, these percentages are challenging.”

Similar long-term effects were noted in 2003 after the SARS epidemic, and have also been reported for patients of Chikungunya.

Dr Benjamin Davido, infectologist at the Garches hospital in Paris, who raised the alarm over long Covid in France in July, told Le Figaro: “In reality, all infectious pathologies can lead to lingering issues.”

Dr Davido added that there were marked similarities between long Covid and chronic fatigue syndrome, which, he said, is “often prompted by infections”.

In both conditions, patients complain of ongoing symptoms - especially fatigue - but no medical cause can be found, for example in blood tests or examinations.

Doctors have been considering that the condition may prompt an inflammation of the blood vessels, or point to an insufficient immune response in some patients, perhaps due to some people’s DNA or genetic makeup.

Dr Davido said: “The possibility of a deregulation of the immune system, and the respiratory and digestive systems, should also be explored.”

Other effects and hypotheses have been suggested: psychological stress related to having a new illness, and/or the possible effects of increased sedentariness due to confinement. These could cause “non-adaptation” of the body to the condition, which could explain why people are getting out of breath more easily, or experiencing heart palpitations.

One clinical trial, by Dr Nicolas Barizien, at the Foch hospital in Suresnes, Île-de-France, is looking into the “strong similarities” between long Covid and hypoxia - a condition caused by lack of oxygen and often seen in top-level athletes who train at high altitudes.

Dr Davido added: “There are still many things we don't understand. A detailed examination must be done, to ensure that we are not missing an illness that can be cured.

“We advise patients to limit their mental and physical efforts, and [we promise] we are listening to their distress.”

A national study of 1,000 patients with long Covid is being prepared in order to better research and respond to their issues.