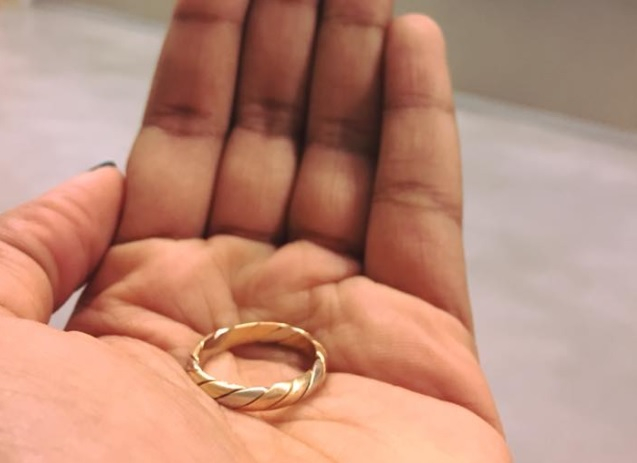 The Leroy Merlin shop found the ring and posted on social media, hoping to find the owner
By Connexion journalist

The hardware and DIY shop Leroy Merlin in Marseille La Valentine found the gold ring - with a distinctive “twist” design around its edge and engraved with the names Pascal and Nadia and the date 1996 - and posted an update on its Facebook account asking if the owner wanted to come and collect it with proof of ownership, according to reports.

Ten days later, the owner was found, having incredibly first lost the ring over 18 years ago.

Known only as “Pascal and Nadia” - and who are both still married to other - the couple in question said they recognised the ring immediately once they saw the photo online, but had no idea how it had come to stay hidden in the shop for so long.

The couple were able to come to the shop and prove their identity by showing their marriage certificate to staff.

The shop’s Twitter account then posted a further photo of the ring, congratulating “their customers” and its staff for being “at the heart of a beautiful story, just a few days before Christmas”.