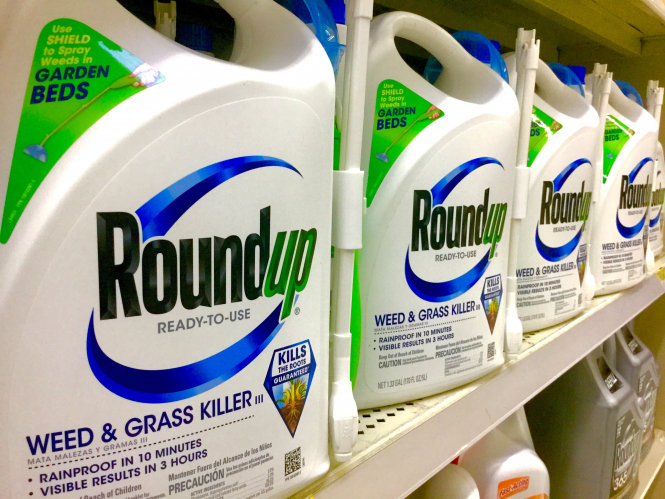 A group of 30 MEPs have cast doubt on this week’s results of a research study by the European Chemical Agency (ECHA) saying glyphosate – the main ingredient in Roundup weedkiller – does not cause cancer.

The European Parliament’s Green group have written the EU Commission because of revelations contained in papers released under court order in California that showed chemical manufacturer Monsanto had hidden damning scientific studies on the effects of glyphosate, the world’s most used weedkiller.

Other papers also showed that Monsanto scientists had carried out research work that was later put under the names of other researchers.

The ECHA study of previous research comes after a similar green light by the European Food Safety Authority but the Green group said the names of two of the researchers named in the studies checked by EFSA had been found in internal emails from Monsanto revealed by the court order.

Glyphosate was classed as a probable carcinogenic by the World Health Organisation (WHO) in March 2015 but its authorisation for use in Europe runs out at the end of this year.

François Veillerette, spokesman for the Générations Futures organisation, told Franceinfo that the ECHA verdict “could clear the way for a new authorization of glyphosate in Europe for another 15 years. It’s scandalous.”

“These agencies clearly do not have the same reading of science as the WHO cancer specialists,” said Mr Veillerette. “They minimise the weight of independent university studies which show that animals exposed to glyphosate are at higher risk of cancer than others. This level of proof should be sufficient.”

Mr Veillerette said their findings are “the complete opposite” of those of the WHO-backed International Agency for Research on Cancer.

The European Commission had earlier postponed a vote on the glyphosate renewal but granted an extension of 18 months to the substance.

European countries must now decide if they will renew the authorisation in the long term. Many NGOs, supported by a petition signed already by 500,000 people, are demanding a political intervention and not an automatic authorisation by the European Commission.