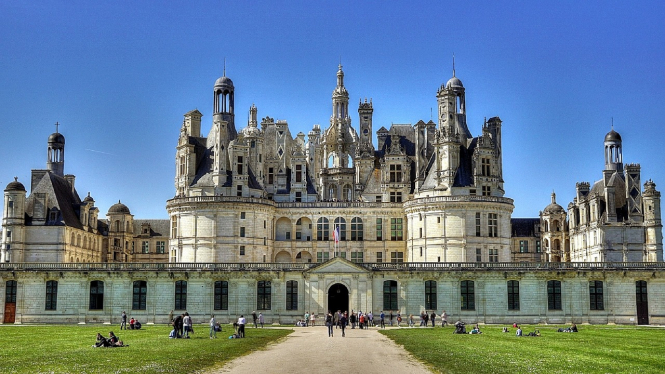 The château, in the Loir-et-Cher (Centre-Val-de-Loire) played host to the President and family just ahead of his actual birthday, which will take place on December 21, as reported by French newspaper Le Figaro.

The President was then also able to visit Yuan Meng, the baby Panda born this year in the zoo de Beauval, which was recently baptised with Brigitte Macron as “godmother”.

Macron was reportedly able to stroke the little panda, the latter of which is expected to be ready for public visits from January 2018.

In a statement, the Elysée palace confirmed that Macron and his wife Brigitte had stayed in private accommodation near the château.

The Domaine de Chambord surrounding the castle is said to have one of the largest forestry parks in Europe.

Macron then headed out into the Loire valley on Saturday, after having had breakfast at Le Bacchus restaurant in Saint-Aignan-sur-Cher, and visiting Yuan Meng afterwards.

The President then spent his birthday weekend celebrating privately in the château itself, the private rooms of which can be rented for events hosting between 40 and 600 people.

And while the Elysée statement said that the weekend had been the President’s first private weekend away since his election, some of Macron’s critics condemned the apparently-opulent celebrations, saying that the French people were suffering economically at the same time as their president was celebrating lavishly.