‘Made in France’ costs more but boosts sales 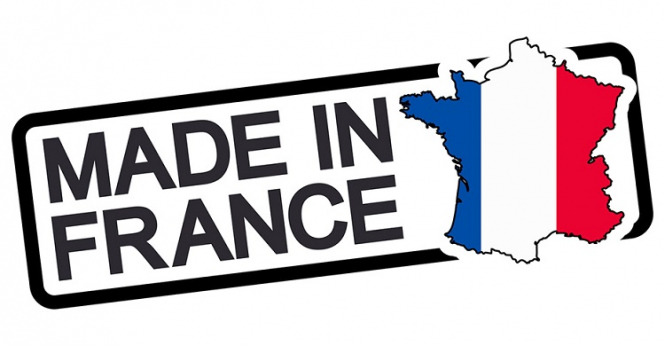 The Made in France label is increasingly being regarded as a mark of quality, but France is way behind Germany when it comes to this type of marketing model
By Connexion journalist

Customers are saying the higher prices charged are worth it for the better quality and perceived boost to the economy.

Fabienne Delahaye, president of the annual Made in France (MIF) trade show, said: “People who buy items labelled ‘MIF’ realise that, although a supermarket ticket says you can buy three pairs of pants made in Bangladesh for €7, the real price is much higher.

“People know there is an environmental, human and employment cost when you buy something so cheaply which has come from the other side of the world.”

This is reflected in the annual MIF trade show, which takes place in Paris’s Porte de Versailles exhibition centre this month (November 10 and 12).

The “poster child” of the “Made in France” movement remains Le Slip Français, the men’s underpants line made  completely with French-made material in French factories.

Pants sell for €29 each, or €100 for a pack of four. T-shirts are also expensive: the cheapest men’s short-sleeve cotton ones on the site cost €65.

“Marketing also is expensive but entirely justified,” she said.

“When someone buys German, they think they are getting quality because the Germans have marketed that way for years – even though experience shows it is not always the case. France needs to catch up.

“After all, when people buy designer jeans made in Vietnam for €150, they are not paying for quality but because they have been seduced by marketing.”

One of the first companies to benefit from government backing of the MIF label was the  Japanese carmaker Toyota. In 1998 it opened a giant factory near Valenciennes, where it makes the super-mini Yaris, the first car to get the official Origine France Garantie label.

Toyota spokeswoman Magalie Delforterie said: “We have to prove every year that at least 50% of the value of the car comes directly from France.

“The steel rolls which come in at the start of the production line are made locally in France and we make our own parts like bumpers and dashboards.

“It is important to us as it shows how closely we are integrated into the local economy.”

A study commissioned from the research organisation IFOP by the MIF Expo and Crédit Agricole bank in 2016 found that 70% of people were in favour of buying products with a MIF label instead of similar products made elsewhere.

They said they believed in the higher quality associated with the label and also wanted to boost the economy.

When cost was added to the equation, 65% admitted that they looked at the price of MIF  goods before deciding whether to purchase or not.

The study also showed that 69% of people who said they wanted to buy Made in France products were already doing so without realising it. This was especially true with food and household goods, where prices for locally made items were often the same or lower than imported ones.

3 days ago
4
No, France has not imposed quarantine on UK arrivals