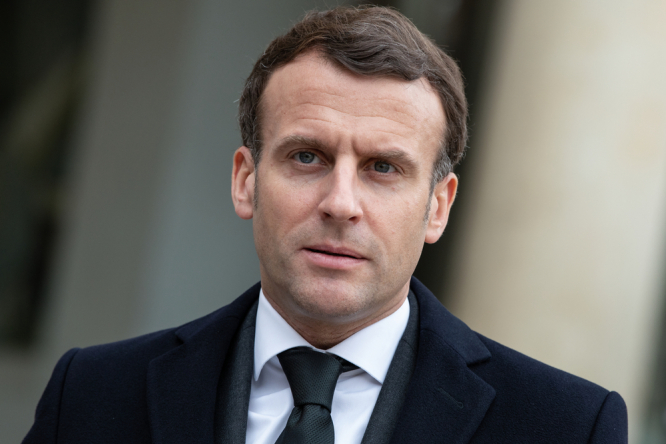 The President described the slap as an 'isolated incident' and will not press changes personally against his attacker Pic: Frederic Legrand - COMEO / Shutterstock

The man who earlier this week slapped President Emmanuel Macron has been sentenced to four months in prison with a further 14 month suspended sentence.

Damien Tarel, 28, was found guilty of a “deliberate act of violence against an official” by the public prosecutor in Valence, Auvergne-Rhône-Alpes.

Mr Macron was not hurt during the incident, which happened when he was greeting crowds on the afternoon of June 8 in Tain-l’Hermitage (Drôme).

The President was quickly moved away by his security guards and Mr Tarel was arrested by police.

Mr Tarel said the slap had been an “impulse decision” brought on by “a sense of injustice” which meant he could not simply shake the President’s hand as he approached him.

He said could tell by Mr Macron’s “chummy, lying look that he intended to try and make me vote for him,” and the thought made him feel disgusted.

When asked why he did not refuse the handshake or verbalise his feelings instead of resorting to violence, he said: “My reaction was a little impulsive and violent, but I think words would have had less impact.”

As he slapped the President, Mr Tarel was heard to shout the patriotic medieval battle cry "Montjoie and Saint-Denis!” In court, he said he had delivered the slap for all gilets jaunes and patriots in France.

Read more: Why did the man who slapped Macron shout ‘Montjoie Saint Denis’?

The details of Mr Tarel’s life examined during the trial did not reveal a clear motive for the incident.

During his childhood he struggled at school due to dyslexia. He has been unemployed since the death of his father two years ago. He was involved in the gilets jaunes movement.

His interests include martial arts, manga and medieval battles. He was also described as adhering to conspiracy theories.

He said an interest in World War Two explained a copy of Hitler’s manifesto Mein Kampf found in his home, records on his computer of visiting holocaust denial sites, and “joke” photos of him with a Hitler-style moustache and haircut on his phone.

The prosecutor concluded: “We have listened with confusion to what [Mr Tarel] has told us. Personally, I don’t understand much of it.”

Reaction from lawyers and politicians

Mr Macron has described the slap as an “isolated incident” and called for a proportionate response. He will not press changes personally against Mr Tarel.

The President also said that the incident should not be allowed to “take over public debate”, but this seems unlikely to happen.

Legal experts have raised concerns over whether Mr Tarel should have been sentenced so quickly – only 48 hours after he committed a crime.

Pierre Dunac, president of the bar in Toulouse, told La Dépèche the hasty legal process “is a symbol that we have judged the crime very fast, but not the man.”

A second suspect who filmed the incident, known as Arthur C, won't appear in court until 2022 after police found illegal weapons in his home.

Others are asking whether the incident has implications for society as a whole.

MP for Yvelines Aurore Bergé told news discussion show 4 Vérites that the slap indicated “a risk of normalisation of violence in society, notably towards elected authorities and police”.

The President has denied this. Mr Macron said that he had lived through moments of “high tension” in France, such as the gilets jaunes protests, but that this was not one of them.