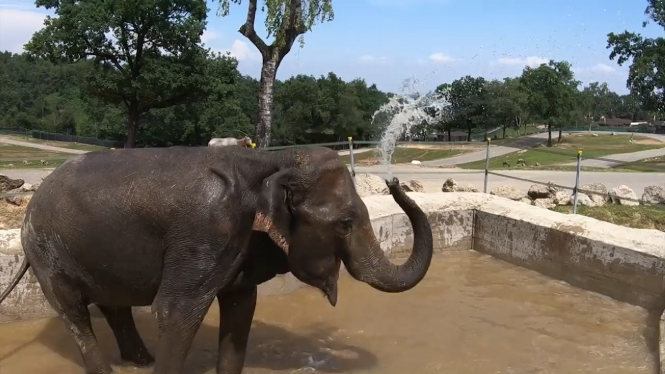 Maya, who had been travelling with a circus in the Lot-et-Garonne, had been the subject of intense campaigning by the group, but was confirmed as freed from the circus this Friday (July 6) by One Voice president Muriel Arnal.

Authorities in the Lot-et-Garonne had given the circus until June 30 to take the elephant to a location that was judged more suitable for her needs.

One Voice had been campaigning for the animal’s release since September 2016, leading in part to the decision to free her, in March this year.

Previously, Ms Arnal had denounced Maya’s living conditions as “an act of cruelty”.

Maya is now at the Safari Park Lago Maggiore zoo in Pombia, near Milan, Italy. She is said to be in a large enclosure, with grass, sand to sleep on, a large bathing pool, and space to roam.

Activists from One Voice visited the park on July 5. A video published by the park itself on its Facebook Group explains how Maya arrived after “12 months of negotiations, 8 months of work, 400,000 invested, and 1 special transfer”.

In a press release, Ms Arnal said: “For Maya, a travelling life in a van and [parked] in car parks is over. She is now in Italy, in Milan, in a park where she can benefit from space, a bathing pool, and care. We went to visit her to learn more about her [new] lifestyle and surroundings.”

She added: “We have finally freed an animal that was being detained in a circus legally. This is a historic moment.”