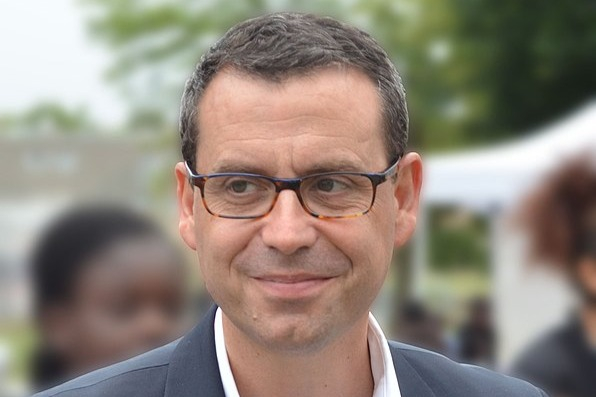 Philippe Rio, a member of the Parti communiste français, is the mayor of Grigny, one of the poorest towns in France Pic: Hadbortot / Wikimedia Commons

The mayor of Grigny in Ile-de-France has been named joint best mayor in the world by the London-based think tank The City Mayors Foundation, which announced the honour on September 13.

Philippe Rio, a member of the Parti communiste français, was described by the think tank as a “social visionary and pragmatist”, and also a “determined fighter against poverty and social exclusion”.

Grigny, situated in the department of Essonne, is one of the poorest towns in France.

Mr Rio said that he was surprised to receive the award but that it was a fine reward for the collective hard work of the town.

“A mayor is not a superhero,” he said.

“If today this title can help a kid who is looking for an internship and who proudly displays Grigny on his CV, who does not change his town because he is ashamed of it or because he knows that it is discriminatory, we will have gained something very important,” he told Franceinfo.

Mr Rio was a joint winner of this year’s award alongside the mayor of Rotterdam in the Netherlands, Ahmed Aboutaleb.

The 2021 World Mayor Project was launched at the start of the Covid crisis to recognise mayors fighting for stronger, fairer and greener citiies.

The project’s website states that the mayors who are recognised are all “strongly endorsed by their fellow citizens”.

Grigny, which has about 30,000 inhabitants, has been particularly affected by Covid, "in terms of health, but also socially and economically", Mr Rio told BFMTV.

The mayor highlighted the town’s response to this, with several thousand masks being distributed to adults and children, and around 38,000 emergency food vouchers handed out by the prefecture.

Around 2,000 elderly or isolated people in the town are phoned daily by local authorities.

Mr Rio says he is fighting for the recognition of working-class neighbourhoods by the state and for their inclusion in the Covid economic recovery plan. He, along with several other mayors, have claimed that only 1% of the €1 billion recovery plan will go to help the poorest neighbourhoods in France.

He also wants to continue his fight against crime and has asked for more resources from the government, especially better trained officers.

He is particularly passionate about reducing poverty levels, saying that in Grigny, more than 50% of people live below the poverty line.

“We need to change our understanding of solidarity,” he told Le Parisien.

“It takes a lot of time to build up the confidence of someone who has been out of work for a very long time.

“It also takes a lot of time to deal with educational inequalities. We have to give time to things that work and let them continue. There are no miracle solutions and we won't change the situation overnight.”

Rural cafes in France given a helping hand to reopen