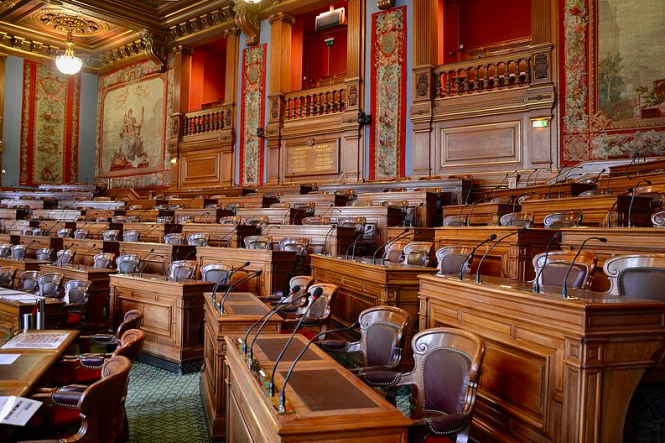 Paris council member Pierre Casanova has refused a €50,000 salary paid by the city for his work, on the grounds that he already earns enough money

Mr Casanova, who has worked as a Paris council member for the MoDem party since June, could have received a salary of €24,414 before tax for his work in the past six months. Except he has declined to do so – something which no elected official has done before.

Patrick Bloche, elected official in Paris since 1995 and deputy mayor of the Council of Paris, told news source Le Monde: “I have not known of a similar case in the past.”

But the gesture is not an unusual one for Mr Casanova. He previously refused a salary for working as a deputy for the budget in Paris’ 5ème arrondissement, which a source close to him told Le Monde was a “personal, rather than political, decision”.

Concern over use of public funds and rising debt

While Mr Casanova has not commented publicly on his decision, he is said to believe that, as a lawyer for a major law firm in Paris, he already earns enough money. The son of Jean-Claude Casanova - an economist and editorial writer for Le Monde - Mr Casanova has previously shown concern for how public funds are spent in the capital.

During a council meeting in December, he said they must “fight against waste” to avoid city debts rising any higher.

He has also suggested that Parisians be allowed to suggest ways in which the city can save money as part of Paris’ budget participative scheme that allows residents a say in how funds are spent. And he has suggested that the city discontinue certain allowances for elected officials.

One other official who does not get paid

While Mr Casanova is the first official to refuse a salary, his colleague Agnès Evren also does not get paid for her work on the Paris council.

But Ms Evren, who is a member of Les Républicains party, cannot accept her salary from Paris as she is also a European MP. If she accepted both salaries, she would exceed the maximum limit for earnings for work as a public official.

She said: “Since my election to the European parliament I haven’t received any money from the Paris council, except maybe 12 or 14 centimes. I don’t sit in these two roles for the money.”