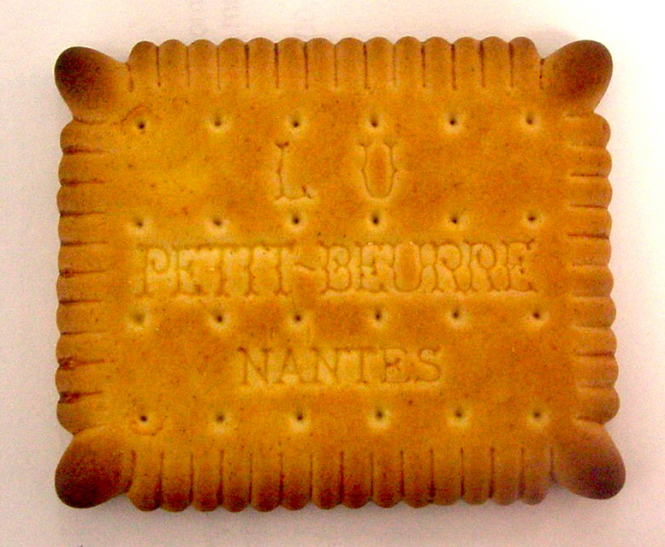 Olivier Fruneau-Maigret, who has built up a huge LU collection over the past 20 years, chose auction house Drouot in Paris to bring the wares to market.

LU - whose famous Petit-Beurre biscuits are recognised across France - refers to Lefèvre-Utile, the baking company formed by a husband-and-wife artisan baker team in Nantes in the 1840s.

The company has long-since been taken over by other groups - including Danone, and later American giant Kraft, which became Mondelez International - but is still seen as iconic across France.

Production would return to France when Louis Lefèvre-Utile, son of the baking couple and LU heir, decided that his family’s company could make these biscuits just as well as any English bakery, using French ingredients - which were often used by the English in their products in any case.

After travelling to England to research the technique, he opened a biscuit making factory on the banks of the Loire river in 1886, and by 1910, the factory employed more than 1,000 people.

The Petit-Beurre LU biscuit - popularised by the character of the “petit ecolier (little school boy)” - took iconic status in 1900, when it was awarded the Grand Prix d’Excellence at the Expo Universelle in Paris.

Mr Fruneau-Maigret, long-term collector of the brand, remembered: “In the Champ de Mars neighbourhood in Nantes, the scent of biscuits was omnipresent until 1986, the date of the Nantes LU factory.”

Bertrand Guillet, the director of the Nantes history museum, said: “The scent was carried by the rain winds. If you smelled this in the city - the characteristic smell of the Petit Beurre - people used to say: ‘It’s going to rain’.”

The LU Petit-Beurre biscuit has 52 “teeth” around it, with four corners, and 24 holes.

Mr Fruneau-Maigret suggested that these could represent the 52 weeks in a year, the four seasons, and the 24 hours in a day; but there is no evidence that Louis Lefèvre-Utile purposefully intended this meaning.