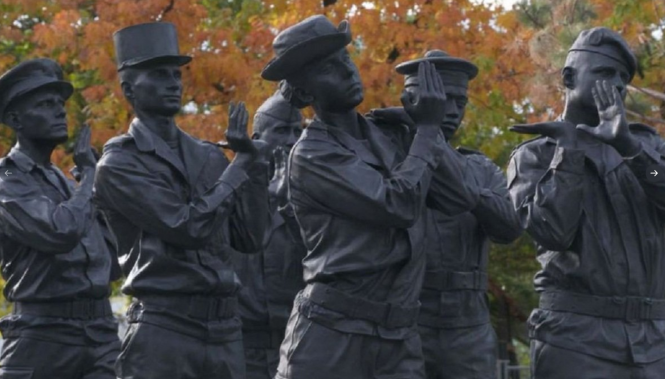 A memorial dedicated to French soldiers killed in action overseas since 1963 was finally inaugurated on Monday, November 11, 2019, eight years after plans were originally unveiled.

The inauguration of the memorial, in André Citroën Park of the 15th arrondissement, not far from the headquarters of France's Army was attended by President Emmanuel Macron after his duties for the main Armistice ceremony at the Arc de Triomphe.

The monument, featuring six bronze soldiers carrying an 'invisible coffin', was originally intended to be installed at Les Invalides, but the plans were scrapped following objections from residents.

The memorial includes a 'wall' of brass plaques, engraved with 549 names of soldiers killed in action since 1963.