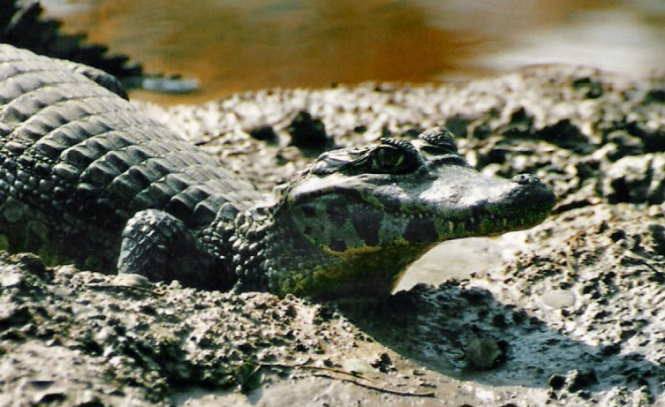 Caimans are alligator-like reptiles, known as “crocodilian alligatorids”. The one found near Toulouse was around 1 metre in length
By Connexion journalist

The one-metre-long animal was reported by a woman who had been walking near the banks of the Hers river, on Tuesday October 29, near the commune of Fonbeauzard.

The alligator-like creature was captured by the fire brigade, under the supervision of a vet, and taken to a veterinary school in Toulouse.

It is not yet known how the animal came to be in the river, as caimans usually live in swamps, marshes, mangrove rivers and lakes in Mexico, Central and South America.

Caimans - not to be confused with caiman lizards or Cayman iguanas - are relatively small-sized, crocodile-like reptiles, that are known as “crocodilian alligatorids”, which also includes alligators.

However, caimans are distinct to alligators and crocodiles in a few ways, including having longer teeth and stiffer, less flexible hides.

They usually eat fish, insects, birds, and reptiles, and can be ferocious.

They have few predators, except for anaconda snakes and jaguars, but have previously been hunted by humans for their meat and skin.