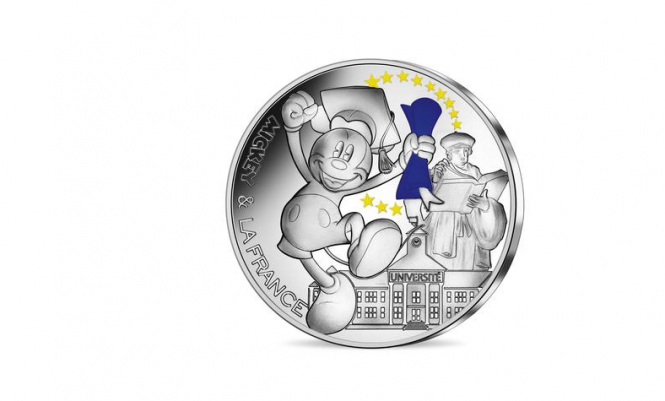 A total two million coins will be minted with the image of the cartoon hero who is 90 years old this year, and sold on the mint's website according to Le Parisien, and will officially be legal tender, though it is most likely that most coins will be sold to collectors.

Three different value coins will be available - €10, two different €50 silver coins, and €200 gold coins. A total of 20 individual €10 coins will feature an image of Mickey Mouse in front of an iconic French monument.

Disney approached Monnaie de Paris with the idea of making the coins. The organisation receives numerous such requests each year, and says it turns down 99% of them. Any ideas it does accept must also be approved by the Economy Ministry, which decides whether they reflect the values of the Republic.