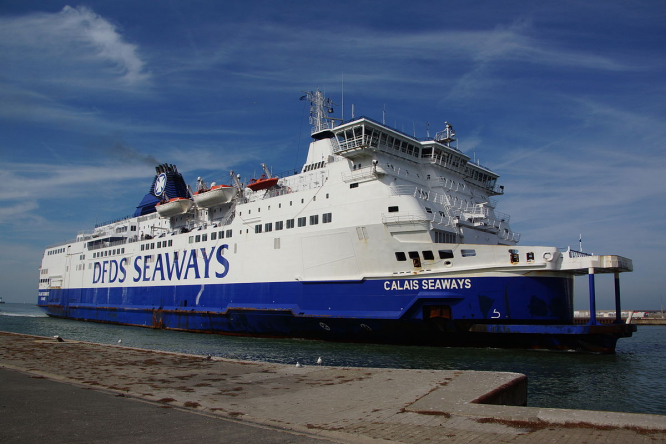 Cross-Channel ferry services were disrupted at the weekend after an estimated 100 migrants tried to climb aboard a ship berthed in Calais, officials said.

It is believed they had broken through the perimeter of the port in northern France late on Saturday.

About 50 of them managed to get aboard the DFDS-owned Calais Seaways ferry, which had recently docked after travelling from Dover by climbing up a maintenance ladded at high tide, according to reports.

Most of those who had managed to board the vessel were quickly detained, but several others had clambered up a catwalk on the ship's funnel. Firefighters' attempts to get them down were hampered by high winds and rain.

Two fell into the water, and had to be rescued. The detained migrants were taken by bus to Calais police headquarters.

Some ferry services were delayed overnight. At least two ferries had to hold station at sea before being allowed into port. Services resumed as normal on Sunday morning.