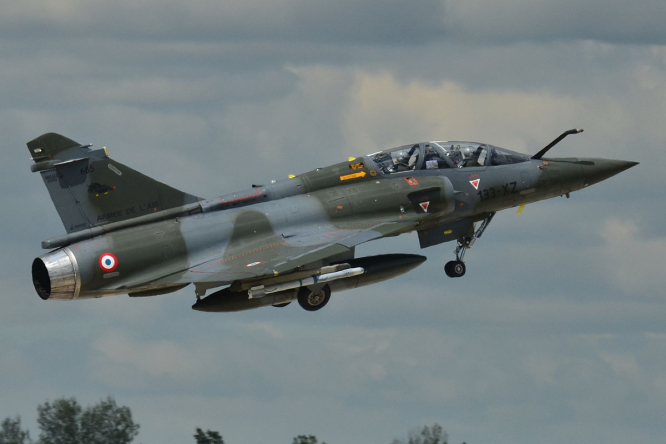 Dassault Mirage 2000D jets have a top speed of 2,338kph
By Connexion journalist

The Dassault Mirage 2000D jet had taken off from an airstrip in Nancy (Meurthe-et-Moselle), and was flying over a factory in Nogent-sur-Vernisson at around 15h20 on Tuesday April 10, when witnesses heard a loud bang.

It later emerged that a replica “bomb” had fallen off the plane and hit the Faurecia automobile parts factory, slightly injuring two victims who were working on the assembly line.

The bomb - used as a stand-in for the real thing in training exercises - was made of metal and plastic, and contained no explosives.

Although it did not explode in the same way as a normal bomb, it still detached from the plane and dropped to the ground, causing a huge noise, witnesses said.

A witness said: “The detonation was pretty loud - it drowned out the noise of the two planes that were flying over. We saw the fire brigade and the gendarmerie arrive."

Emergency crews arrived on the scene to close the factory and cordon off the site as a safety precaution, but later it emerged that this had not been necessary.

Air Force (l'Armée de l’Air) spokesperson Olivier Celo apologised to those injured, and said: “We cannot explain the reasons for this drop [at the moment]; it is a very rare thing to happen.”

A judicial inquiry into the incident has now been opened by the national military prosecutor’s office, and  a technical inquiry opened by the defence accident agency le Bureau Enquête Accident Défense (BEAD).

They are the traditional attack plane counterpart to the 2000N, the fleet of which forms the main core of France’s air-based nuclear deterrent.