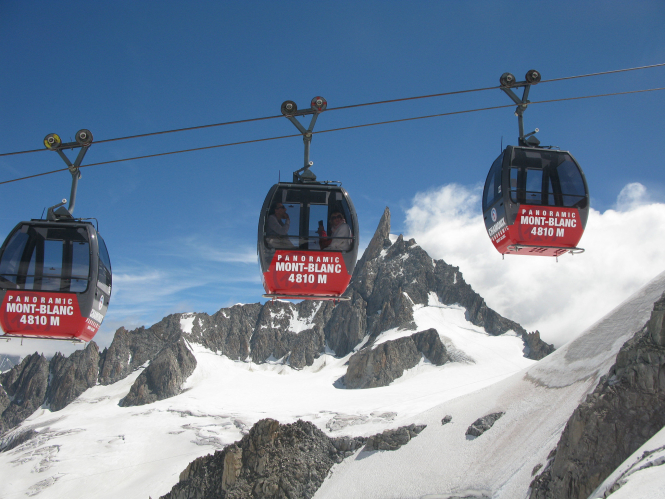 The Panoramic Mont-Blanc télécabine service, which links “egg” cabins between the Aiguille du Midi peak on the French side of the border and the Pointe Helbronner mountain on the Italian side (as opposed to the larger télépherique), is out of action after winds of up to 250kph at an altitude of 3,700m caused the main cable line to break in two places, reports news source FranceInfo.

Storm Eleanor ripped through parts of France on January 3.

The high wind aggravated the situation, in which 70cm of frost and ice had reportedly built up on 3.8km of the cable, which is 30mm in diameter. This is the first time it has been broken in adverse weather.

“It’s a first for me, to see a 30mm carrying cable cut in two,” said Mathieu Dechavanne, CEO of the Compagnie du Mont-Blanc.

He explained: “The storm winds probably caused the cable to oscillate, between the pylons and the cable itself. It must have come out of its runner, before being cut at both ends, and falling from the pylon it was hanging from."

Now, repair work will begin to replace the cable, but the télécabine service is not expected to re-open until at least mid-June, according to Dechavanne, meaning that the summer season - which begins from late April to early May - may suffer.