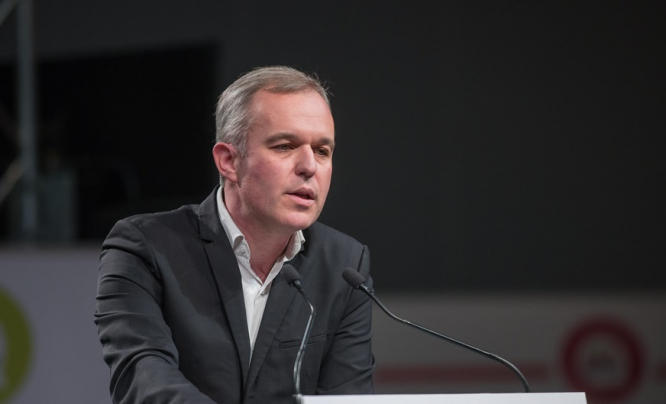 Mr de Rugy, the former minister for the ecological transition, resigned from his post yesterday (July 16) after an investigation by news sources Mediapart and Ouest France alleged that he had used public money inappropriately.

This allegedly included expensing lobster dinners with wine costing up to €500 per bottle, to the State, and a bill for €63,000 for the refurbishment of his official apartment at the Hôtel de Roquelaure.

His wife, Séverine Servat de Rugy, has also been accused of buying a gold-plated hairdryer, worth €499, with public funds.

Mr de Rugy was formerly the speaker of the Assemblée Nationale (2017-2018) before becoming minister for the ecological transition in September 2018.

New accusations, published after further investigation by Mediapart, allege that Mr de Rugy used State vehicles and drivers for private trips, including “journeys between Paris and the Loire-Atlantique, especially on weekends”.

Mr de Rugy is alleged to have travelled by train to Nantes - close to where he owns an apartment and where his children from his first marriage live - but asked a driver to take the same trip by road, in an empty car, so that he could be picked up from the train station in Nantes.

The State-owned apartment near Nantes has itself also been rumoured to have been intended for use by low-income people, but Mr de Rugy has denied any knowledge of this.

The Hôtel de Roquelaure is the State residence for the minister for the ecological transition, and dates back to the 18th century

In a statement, the ministry said the train-car arrangement had been made for security reasons. It read: “these vehicles are part of the necessary protection to ensure the security of people affected by this [high] level of threat”.

It added: “On an operational level, we must be able to evacuate the person in case of heightened threat, whether they are on a public or private trip. He must also be able to reach his ministry desk, or any other place he could be taken urgently, in case of need. The need for security officers requires the use of a vehicle with special equipment (flashing lights, a police plates...) and the presence of a driver.”

But other ex-ministers have dismissed this claim.

One, speaking to Mediapart, said: “When I was making official journeys by train, the local authority came to pick me up in their car, that is what they are used for. And when I went on holiday, I drove my own car.”

The minister is also accused of refurbishing a large State office room, so that it could be used to house his children, at the Hôtel Lassay; and of using his expense allowance to pay membership fees to the political party Europe Ecology - The Greens.

Mr de Rugy has called the media treatment of his case “a media lynching” and “a smear campaign”.

In defence of his apartment work, he said: “Although the bill for the work was high, it was due to the unusual state of the place. The Hôtel de Roquelaure...is part of France's heritage, constructed at the beginning of the 18th century.”