More rigorous car inspection coming to France in May 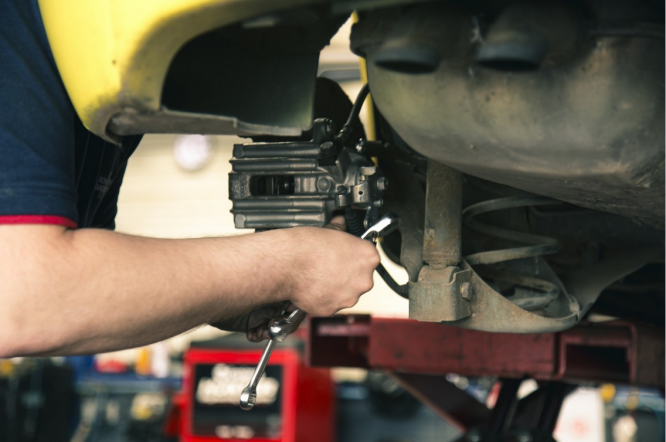 The test will form part of a new European directive that is aiming to make roads safer across Europe. It is hoped that making it harder for cars to pass the compulsory test will eventually lead to higher quality, safer vehicles on the road overall.

Currently, five people every day across Europe are thought to die on roads due to vehicle mechanical failure.

Firstly, the new test  - what is known in the UK as an “MOT” - will include more points for mechanics to consider - 123 pieces of criteria to check, to be precise - with at least three to eight more points than the current test requires, although only three more have currently been confirmed, explained national agency le Conseil National des Professions Automobiles (CNPA), reported by French news source 20 Minutes.

Secondly, the results available will also change, with problematic cars forced off the road until fixed.

Currently, garages can assess a car as “favourable” (no problem, fine to drive), and “unfavourable” (the owner has two months to make the necessary repairs and changes, and come back for a further check once this is done).

After May 20, there will be a third option, “critical”.

The owner of the car will still have two months to make required repairs, but - and this is the biggest change - a “critical” car will not allowed be on the road until these repairs have been done. This is likely to apply to serious problems such as not having any brake fluid, structural problems like holes in the floor, or wheels not being properly attached.

The driver will have an exceptional 24 hours’ authorisation to drive a “critical” car, but only to allow it to be driven to a garage to begin the necessary work.

Lastly, the new test is also likely to take longer than the current process, and will cost more - with estimates suggesting the average will be around €65 per car.

Mechanics calling themselves “car specialists” in licensed garages will also be required to hold a baccalaureate qualification, whereas they are now able to work with only the vocational diplomas of BEP or CAP.

The fine for not complying with the new tests will be fixed at €135.

Across France, over 25 million mechanical inspections take place every year, with that number expected to rise sharply in the coming months as people try to ensure their car is roadworthy ahead of the new test coming into force.