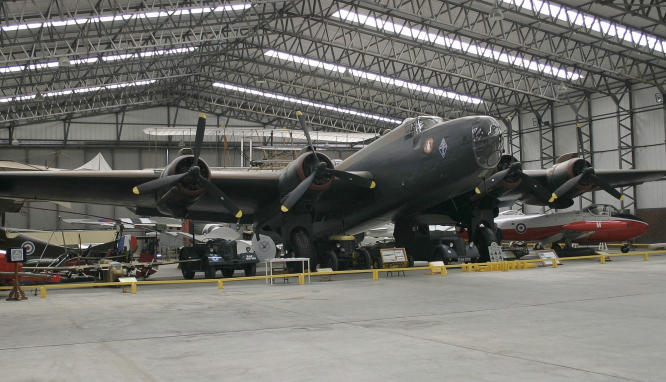 Ian Reed heads the Yorkshire Air Museum, near York, a leading UK attraction at a former RAF airfield, where two French bomber squadrons were based during the Second World War and which is home to the only Allied air forces memorial in Europe.

Writing on All Saints’ Day (Toussaint) when French people traditionally pay their respects to the dead, he told us of a remarkable coincidence linked to a musical masterpiece by French classical composer Maurice Ravel.

He said: “For some reason, I do not know why, I played Pavane pour une Infante Défunte [dance for a dead princess] by Ravel, in my car today.

“Members of my staff who were with me were fascinated by this beautiful but tragic piece of music, both by its melody and by the story it tells.

“Then, on arriving at our museum offices at the former French wartime air base, as the sun began its slow decent, I could again hear Pavane pour une Infante Défunte playing over the old wartime loudspeakers. I smiled at the coincidence.

“Five minutes later, sitting at my desk, I suddenly received an email from France, from my friend, the author and film-maker, Geneviève Monneris, with whom I'm producing a new exhibition for the French national archives.

“It is called La Photo and is about a strange discovery and the deeply personal stories within the Francis Usai Letters – the largest wartime collection in France – and the fate of five close friends, two girls and three young French airmen [Francis, from Marseille, was a Halifax bomber crewman at Elvington, who had a wartime romance with an English girl].

“We had been discussing the music to accompany this exhibition which tells, from a very modern and personal perspective, of the deep emotions surrounding the dance with death which these young men experienced day after day, and their young girlfriends to whom they deeply relied upon to maintain their sanity.

“In the email, Geneviève suggested that Pavane pour une Infante Défunte by Ravel would be a good choice.

“I replied immediately to say that I had just chosen to play Pavane pour une Infante Défunte in my car a few minutes ago and it was also playing on the Museum speakers. She telephoned back.

“Within five minutes of receiving my email she had re-read a letter from Francis which said that the friends had been to the theatre in York and had heard Pavane pour une Infante Défunte.

“They had been totally struck by this piece of music and, unusually for stressed young men on their rare night-out in the city, had been silent all through the performance and for a long while afterwards.

“Just three days later, one of the three French pals, Henri Martin, was burnt to death when his Halifax bomber took a direct hit, over Bochum in Germany, and exploded.

“He was just one of 35 young French aircrew from RAF Elvington who were lost that night. A few weeks later the two others were also shot down - only one [Francis] survived though badly injured.

The story of Francis and his girlfriend Barbara, who he called Barbiche, came to light several years ago while the air museum was helping Ms Monneris make a film about the bomber squadrons. Mr Reed found an old photograph in the museum’s archives of Francis and others, which had Barbara’s address on the back – and they were able to contact her where she was still living, in Australia.

With her help they gathered wartime letters and diaries which went on to inspire a book called The French Squadrons and a play about Francís and Barbara, called Cis & Barbiche, which had its British premiere in York.

The new exhibition, La Photo, will be at Institut Français in London next spring and at the Service Historique de La Defense, Chateau de Vincennes in spring 2020.

Mr Reed added: "I was unaware of the musical connection of La Pavane with Francis as I had not read the letter which referred to it, and he music on the loudspeaker system is in a loop and has over 70 pieces of music on it. No one else at the museum would know of the connection with Francis Usai and his comrades. Geneviève may have known about the connection subliminally but her initial suggestion was not made because of this, as far as i am aware."