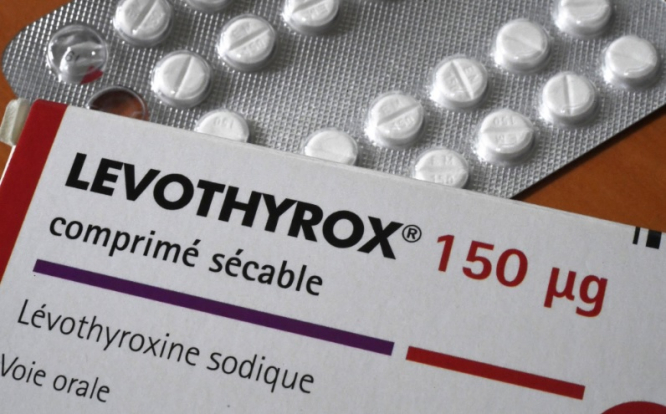 According to biostatistic and pharmacology researchers at universities in Toulouse (Occitanie) and London (UK), the two formulas - old and new - of the medication are “not equivalent” for everyone.

The report - entitled "Levothyrox New and Old Formulations: Are they Switchable for Millions of Patients?"- was published in professional journal, Clinical Pharmacokinetics.

The scientists concluded that almost 60% of patients prescribed the drugs “may not react” in the same way to both formulas, and that the new medicine may not be equally absorbed by everyone.

The controversy over the drug dates back to spring 2017, when a new formula of Levothyrox, produced by Merck, was introduced in France. Very quickly, thousands of patients began to report side-effects, and many even said that their original symptoms - even thyroid cancers - had returned.

At least one case of manslaughter was linked to the issue after a woman died.

Despite this, Merck maintained that the two formulas were “bioequivalent”, meaning that, should they be given in the same doses, the drugs should produce identical results.

Pending further investigation, in October, health minister Agnès Buzyn ordered 130,000 boxes of the old formula, half of which sold out in two days. A helpline number was set up for worried patients.

National medicine agency l’Agence Nationale de Sécurité du Médicament et des Produits de Santé (ANSM) then conducted its own research into the drug - using laboratory results provided by Merck - and found that it was medically equivalent and “of good quality”.

However, patient group l'Association Française des Malades de la Thyroïde (AFMT) maintained that there were serious problems with the drug, and mounted a court case against Merck. In December 2018, the case was forced to move to a concert hall in Lyon after 4,113 plaintiffs attended the proceedings and could no longer fit into the city’s Palais de Justice.

Yet, the court dismissed the case in March this year, saying that there had been “a lack of information” from the plaintiffs.

The AFMT’s own analysis had previously been thrown out by ANSM, as the latter condemned it was “scientifically unfounded”.

But now, the authors of this new report have highlighted that there were disparities in the ANSM and Merck results, and found that in nearly 60% of cases, bioequivalence was not found to a satisfactory degree, due to variances at the extremes of the study.

The official “average figure” of bioequivalence given by ANSM did not respect the extremes, the researchers said, nor take into account the wide range of results around the average.

They added that the ANSM had not undertaken a second independent analysis to find its results, and had used Merck’s own results.

The report found that although both formulas of the drug were based on identical levothyroxine, there had been a change in other active ingredients: lactose in the old formula was changed out for mannitol and citric acid in the new.

This, the study found, had an impact on how much of the levothyroxine could be absorbed by each patient, as the drug passed through their digestive system and entered the bloodstream. Different patients may absorb different amounts, it said.

ANSM has not yet responded to this new report, but in April 2019, Dr. Christelle Ratignier-Carbonneil, co-director of ANSM, speaking about the wider controversy, said: “These elements are not new.

“Everyone knows that a variety of individual elements [exist] as do different reactions among individuals in clinical trials, and, obviously, in real life.”

She added: “This [only] confirms the existence of individual sensitivity when it comes to levothyroxine. That is what we saw...even if some patients were not convinced. There may be different feelings, and the need for adaptation.”

Dr Pierre-Louis Toutain, speaking to Le Monde newspaper, said: “This does not represent a lack [of information] by the laboratory [Merck], as it has respected European regulations, because they only require a test for average bioequivalence.”

1 day ago
3
Will Britons need a health pass to visit France from June 9?

April 30, 2021
4
Restaurant bookings in France soar ahead of May 19 reopening