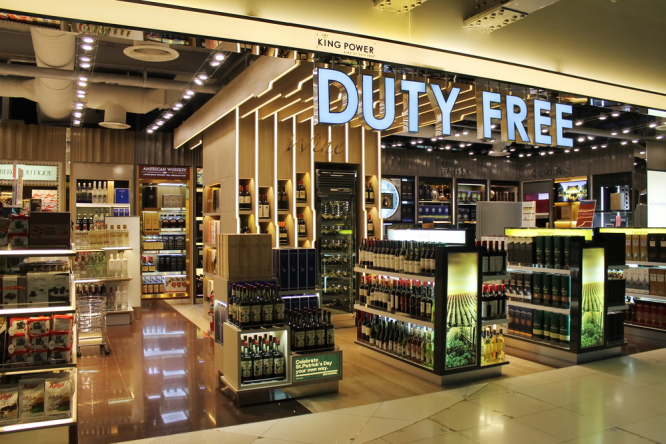 Permission to open a duty-free shop at the French Eurotunnel terminal for travellers on their way to the UK is “only fair” says tunnel operator Getlink.

The company has welcomed a vote by French MPs allowing this which could mean a shop being in place at Coquelles, Pas-de-Calais before the end of the summer if formalities are completed quickly.

The shop would benefit those taking their cars through the tunnel on Le Shuttle and would allow travelling going or returning to the UK to buy goods before they enter the tunnel at significantly lower-than-usual prices because they will be exempt from French VAT and excise duty – VAT alone is usually 20%.

It comes as a professional body for buralistes – people who run tabac shops – pledged to oppose the new shop plan, saying it would represent a “serious distortion of competition” for their tabacs in the area.

The Confédération des buralistes said they felt a “sense of injustice” after MPs voted an amendment to a finance law, permitting the opening.

However a Getlink spokesman told The Connexion it is justified as duty-free shops already exist on the UK side of the tunnel, and on both sides of the Channel for ferries and air travel.

“There was an anomaly in French law in that we could sell duty-free going from the UK to France but the ferries and airlines could also sell going from France to the UK.

“We had been able to sell duty-free in the 1990s, which was the last time duty-free existed, and we requested this anomaly be removed and we be able to compete on a level playing field with other modes of transport.

“It creates imbalance if one operator has this extra revenue stream and another does not.”

He added: “It’s no different to the situation in the 1990s. French tabac products have always been cheaper than in the UK and I think the buralistes don’t consider the increase in traffic that duty-free brings which spreads out across the whole region.

“More people come as tourists and so there’s more spending in the area and there’s a general benefit around a duty-free port.”

The new shop will at first sell traditional duty-free products such as wines, spirits, beers, tobacco, perfumes and cosmetics, he said. These are products that have excise duty (tax levied nationally on manufactured goods) on them.

If there is enough demand, lines could also be extended to other products that can be sold VAT-free such as clothes and sunglasses.

The Getlink spokesman said the firm would publish examples of prices on its website in due course, once remaining administrative issues are resolved.

He added: “This will mean attractive prices for customers, though it doesn’t replace the fact that consumers will no longer be able to buy as many local tax-paid products to take back as was possible before.”

Currently there are no plans for duty-free shops at Eurostar train terminals, as train travel is subject to different rules and it is an EU-wide policy not to offer this, the Getlink spokesman said.

UK limits on bringing in goods from France free of UK duty and tax are per person. They include for example up to 18 litres of still wine or 200 cigarettes.