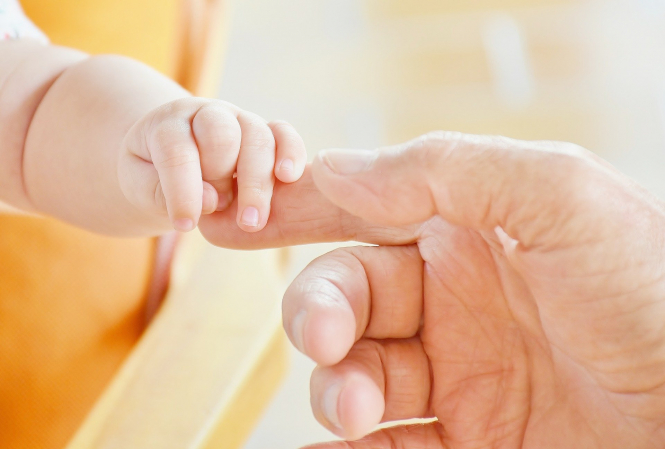 A French man has surprised his partner, who had just given birth to their first child, by setting up a giant screen in the maternity ward car park to display a photo montage of friends and family as a way of celebrating their new arrival.

Family visits to maternity wards are currently banned due to Covid-19 restrictions.

Julien Juillard, who runs an events company, decided to mark the birth of the couple's first child Migwel, born on Tuesday (February 9), in extravagant fashion.

The day after the birth he set up a giant screen on the back of a pickup truck, below the window of the ward where his partner Cindy was, in Nord Franche-Comté Hospital, and played a slideshow of photos of their friends and family.

“If the family cannot come [in person], we can bring them in with some digital support,” he told regional newspaper L'Est Républicain.

"I wanted to mark the occasion, especially as I have the equipment to [do it]."

Mr Juillard, from a village in Bourgogne-Franche-Comté, said that his wife had no idea about the plan. He had secretly gone to his cousin’s house the night before the stunt to prepare the 40-picture photo montage. He also filmed the spectacle live using a drone and streamed it to a Facebook group with friends and family members.

His partner said it was a big surprise but that she appreciated the act.

When asked why he did not just show the photo montage on a tablet like most people, Mr Juillard said, “I wanted something big, worthy of our love”.