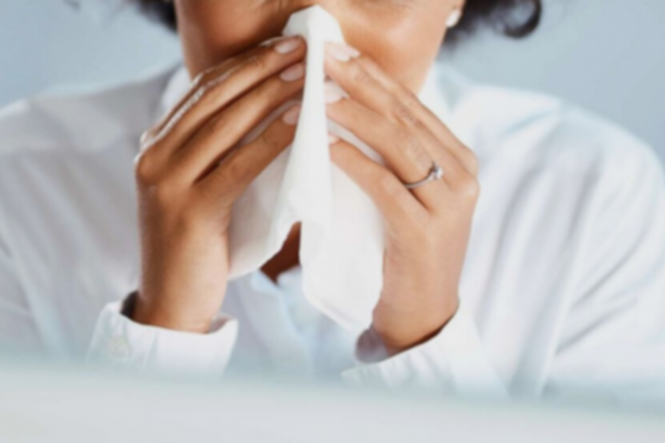 The spray works by allowing users to eliminate the virus from the nasal passages, studies show
By Hannah Thompson

A French pharmaceutical company has developed a nasal spray that it says could eliminate up to 99% of the Covid-19 virus, with the product set to be available to buy within weeks.

French group Pharma & Beauty (P&B) has been working on the spray for almost a year. It says that according to several studies it can eliminate 99% of the viral load in nasal passages within 30 seconds and reduce the spread of the virus by up to 90%.

The company is set to begin selling the product from March 1.

Production is scheduled to begin next week at the P&B site in Montélimar, Drôme; and then in four other P&B factories across France. Between 1 million-3 million bottles are expected to be available in March, followed by 13 million-15 million each month from April.

A statement on the P&B LinkedIn page reads: “[The spray] prevents viral spread by mechanically dislodging infectious agents in the nasal cavity, and facilitating their evacuation - and locally reduces the viral load.”

The spray is 40% ionised water with high antimicrobial properties and 60% purified water.

Ionised water is well-known in countries such as Japan, where it is commonly used on burns and other skin conditions.

Initial tests on the product in France, by laboratory Analytice, have been validated by Professor Bernard La Scola, microbiology expert at the Instituts Hospitalo-Universitaires de Marseille.

The product has also been tested in Japan, on coronavirus and the H1N1 virus.

Overall, three different studies have been validated. The results show that two sprays into each nostril, four to six times a day, are needed to stop the spread of the SARS-CoV-2 virus, which causes Covid-19.

The spray mainly works as an antiviral, anti-pollution, purifying cleaning agent and could be effective “if you inhale it just after you have been infected”, said Dr Pierre-Jacques Raybaud, an immunology specialist GP, to the Agence France-Presse in January.

Not a cure, but prevention

The spray is not a treatment for Covid-19 but an extra barrier method that works as a preventative measure, alongside other precautions such as wearing a mask, physical distancing and washing hands.

Anyone using the spray should still follow the usual barrier methods.

It can be used, for example, after returning home from going outside in public spaces, where you may have come into contact with many other people - such as using public transport or going shopping.

After spraying it into your nose, you should blow your nose strongly, to get rid of any potentially-infected mucus; and carefully and securely dispose of any tissues used, to avoid spreading the virus.

€300m for Covid vaccines and medicines to be made in France