New global definition of one kilogram comes into force 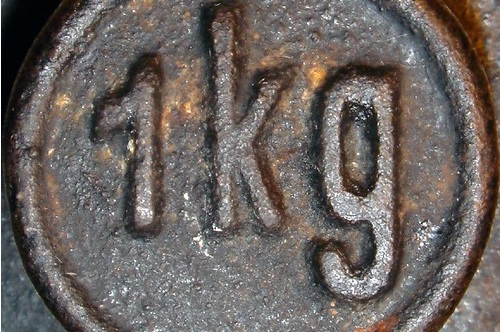 The official new weight of the kilogram, now calculated using "a constant", has come into force this week
By Connexion journalist

The new definition came into force on Monday May 20, marking an important change within the scientific community.

Weights and measures council la Conférence Générale des Poids et Mesures (CGPM) has now decided that the official kilogram mass will no longer be defined by an object, but by a “constant” - meaning an invariable, universal, never-changing scientific result.

The official length of one metre is also calculated using a constant, which is defined by the speed of light in a vacuum.

The new “constant” for the kilogram will be that of celebrated theoretical physicist, Max Planck - which is known as “h”. It is calculated as the minimum energy threshold that one can measure on a particle.

The constant is now defined as: “in joules per second, or one kilogram metre cubed per second”. As Le Monde newspaper explained: “If we know the definition of a second, of a metre, and the value of “h”, we can therefore work out the mass.”

Until now, the official definition of the kilogram was defined by a physical object, nicknamed the “Big K”. The object was a cylinder made from platinum and iridium, measuring 39 millimetres high and 39 millimetres wide (pictured above).

It had been kept locked securely at weights and measurements centre le Bureau International des Poids et Mesures (BIPM) in Sèvres (Hauts-de-Seine) and was only taken out rarely, to be measured and checked.

This meant that scientists were able to ascertain that the weight itself was changing, and had dropped in mass by 30-50 micrograms over the course of a century. Copies of the official weight - made in the same way at the exact same time - did not help the situation, as their mass too, was fluctuating.

While it would have no effect on most people’s everyday use of weight - such as measuring fruit and vegetables or weighing oneself - this minute change would become a problem in certain scientific situations, especially when it comes to nanotechnology, or in quantum physics.

The official mass of the kilogram has implications for other units of measurement too, such as the electrical unit, the ampere (amp).