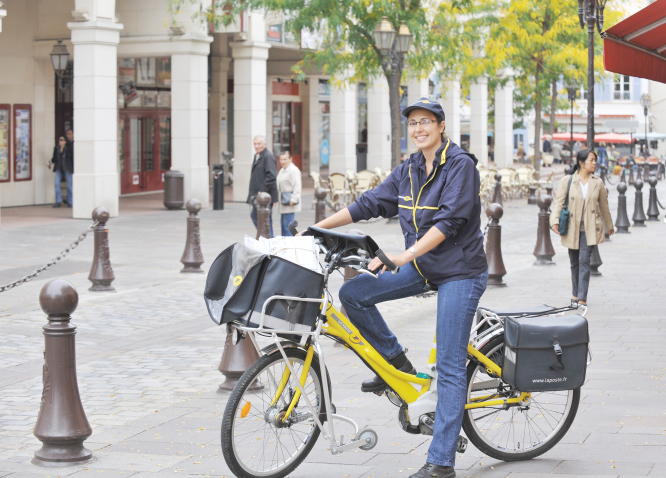 No change for the posties, but deep and lasting change ahead for La Poste which could see a secure future thanks to its banking arm
By Connexion journalist

At present a state-controlled business, La Poste is to be transferred into the ownership of the Caisse des Dépôts et Con­sign­ations (CDC), a public banking group known as the “deep pocket” of the state, in a bid to broaden its base and profitability while opening new services.

Speaking of the move, economy minister Bruno Le Maire said: “We want to create a large public financial business working for our territories. La Poste will remain a public group, there will be no privatisation, no intention of privatisation”.

One of the first steps will give La Banque Postale – the bank set up in 2006 as part of La Poste – an opening into bank insurance by giving it CDC’s 55% stake in CNP Assurances.

La Banque Postale is France’s third biggest retail bank but it, like other retail banks, has been finding it hard to make profits in the European Central Bank’s low interest-rate environment.

While other banks are parts of large banking groups with insurance companies and investment banks, La Banque Postale has a low profile as it does not have an investment bank or international presence.

Having CNP Assurances will give it a broader base meaning it should make larger profits to help support La Poste which has been struggling since the arrival of email and smartphones, meaning less mail is sent each year (volume is falling at a rate of 6% a year).

Despite cash-raising moves such as increasing stamp prices – the priority timbre rouge rose 11.8% to €0.95 this year and hits €1.05 in 2019 – and retraining postal staff to do jobs such as helping old people and overseeing driving tests it still needs a profit centre to survive.

CDC already owns 26% of La Poste and will see this rise above 50% with the transfer of government shares.

The move is contained in the Loi Pacte on growth and economic transformation and will not be complete until late 2019.

CDC managing director Eric Lombard said the aim was to keep La Poste’s autonomy within CDC, but to encourage synergies, especially with the new Banque des Territoires that CDC is setting up to oversee its funding operations with local authorities.

The move has thrown a light on CDC: a particularly French institution that was established after the fall of Napoleon I.

Both semi-autonomous and government controlled, it has several jobs, including managing Livret A and other regulated savings accounts, taking 80% of the deposits to finance sectors like social housing; holding ‘forgotten’ bank accounts, and looking after the financial interests of child actors.

Its new arm, the Bpifrance bank, was set up specifically to finance start-ups and small and medium-sized businesses PME.

It has quickly become the main contributor to CDC’s finances, but will probably be kept away from La Banque Postale for fear of it becoming less efficient.

CDC has not always had smooth relations with the government and it was partly for this reason that a separate structure, L’Agence des Participations de l’Etat (APE) was set up in 2004.

It took management of shares owned by the government from CDC and holds shares in the likes of Renault, Air France, Orange, Thales, EDF and more.

In total, APE holds shares worth €100billion, and sent dividends worth €3.5bn to the government in 2016.