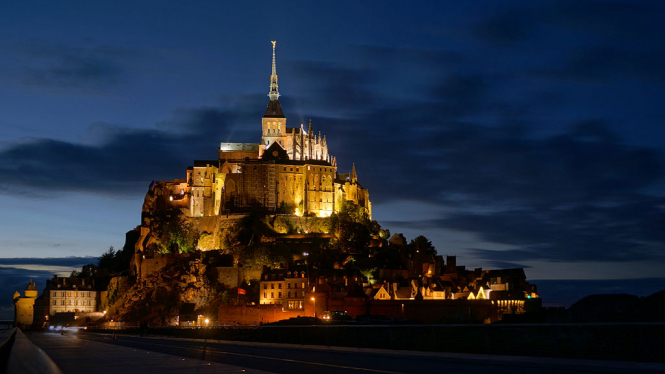 The festival, named “Via Aeterna” will focus on “sacred” and religious music, and will see over 60 concerts take place from Thursday September 21 to the evening of Sunday 24, with almost 360 musicians taking part.

Over 25 concerts will be held in the Mont-Saint-Michel abbey itself, with four of the programme’s shows already completely sold out.

One of the most popular shows will come from the string players Anne Gastinel and Victor Julien-Laferrière, the latter of whom won the highly-prestigious Queen Elizabeth International Grand Prize in Brussels in June.

The Mont, and its surrounding bay, are designated UNESCO World Heritage sites.

“My wish was to bring together some of the biggest soloists of sacred and religious music together, [of music] from the Middle Ages to the present day,” explained René Martin, the festival’s artistic director, speaking to French news site France Info.

“The festival will begin in the bay, and converge towards the Mont,” said Christine Auberger, musical development director for organising media company Bayard, also speaking to France Info.

“The idea is to reinforce the spiritual character of the Mont itself, [whose] soul has struggled to resist against the site's growing tourist popularity,” she added.