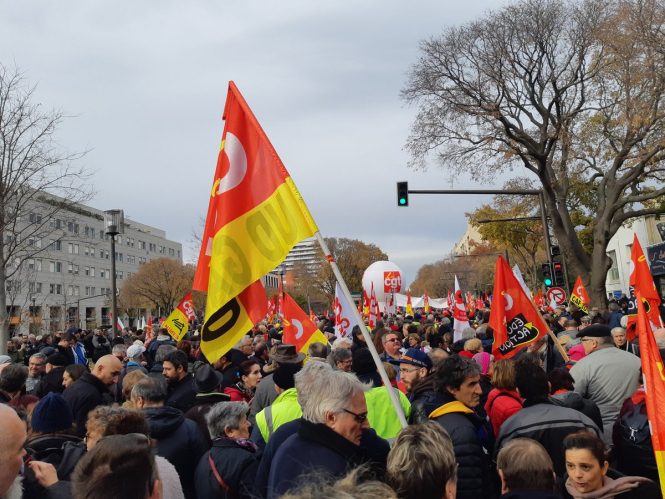 The French public continues to support the strike action, despite continuing disruption. A new poll by Ifop found that 54% of the public “support or have sympathy” for the movement - compared to 46% on December 1, and 53% immediately after the first day of strikes on December 5.

Only 30% of the public are “hostile” towards the action, the poll said. It was published on Sunday December 15 in newspaper Le Journal du Dimanche, and undertaken online among a representative sample of 1,020 French people aged 18 or over.

Several online crowdfunding pages have been set up by unions to support the strikers, with more than €400,000 having been raised on sites such as Le Pot and Leetchi by last Friday.

Most strikers do not get paid for the days they are on strike, or receive only a small amount from their union funds. For example, the Force Ouvrière (FO) union pays each striker €12 per strike day, while the CFDT pays €7.30.