Nice and Paris together in electric scooter schemes 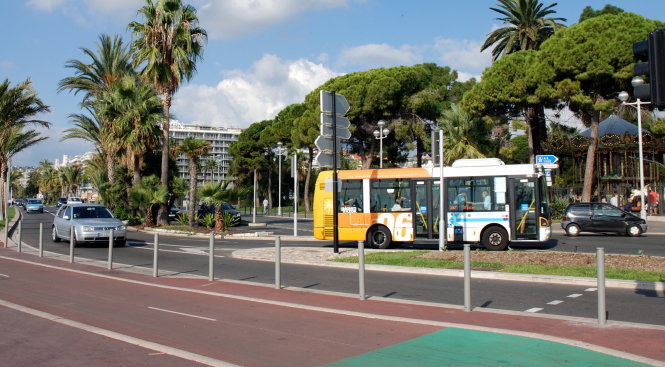 Nice is set to become the second city in France after Paris to offer electric scooters for rent.

From January 50 eco-friendly scooters will be available for residents and visitors to the city, rising to 400 by mid-Spring, mayor Christian Estrosi said.

The vehicles will have enough battery power to travel 70km on a full charge. Cost to users will be charged at between €0.20 and €0.28 per minute.

Cityscoot, the company that will run the operation in Nice, says the scooters can be booked via an app and picked up and left anywhere in the city. Users will be guided to the nearest available scooters by a geolocation system.

Nice has operated a shared transport system since 2009. Some 15,500 registered users have rented 9.5million blue bicycles, and there are 9,700 users of the 'Blue cars' electric vehicles.

In June, Paris marked the first anniversary of its Cityscoot scheme. In the first 12 months, the scheme's 25,000 regular users in the capital made half-a-million journeys, travelling about 2million kilometres and saved an estimated 150 tonnes of carbon dioxide in the process. There are now 1,600 scooters available to rent.