Cookie Consent by FreePrivacyPolicy.com Not one year since 1947 without SNCF strike in France French News and Views in English | The Connexion
17 may 2021
Classifieds Currency exchange Newsletter
Login Register BASKET
Facebook Twitter

Not one year since 1947 without SNCF strike in France 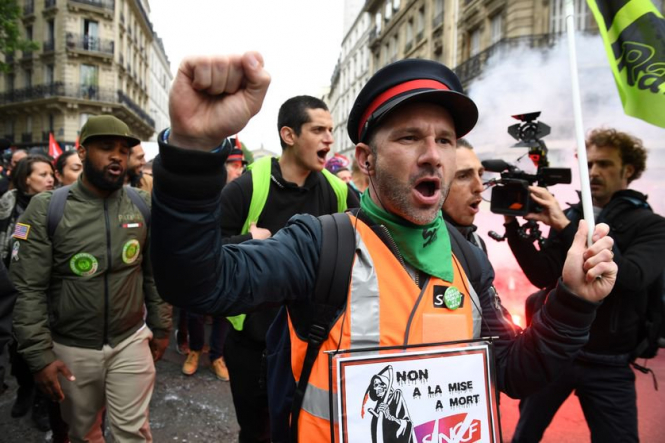 As the current strike by SNCF workers continues - today marks the 16th consecutive day since the peak on December 5 - one Twitter user posted: “Did you know? Since 1947, there has not been a single year without an SNCF strike."

Now, research into the available SNCF data by French news source FranceInfo has confirmed this to be correct, meaning that there has been some kind of action every single year for 72 consecutive years. Records before 1947 are incomplete.

(Working days lost by SNCF per employee due to strikes since 1947 - Data graph: FranceInfo / FranceInfo.fr / Flourish.Studio)

As FranceInfo explains: “These differences are explained by the variable importance of these social conflicts. Some are the result of national movements, for example, against pension reform in 1995. Others are the consequence of very local strikes in certain regions, [and] sectors...which have a minimal impact on a national scale.”

More recently, the winter of 1986-1987 saw a strike by SNCF workers last four weeks, which continued over the Christmas period - an echo of the current situation, as workers continue to strike against pension reform and some unions say they will not break for Christmas.

In 1997, ticket guards went on strike for around two weeks; while in 2001, train drivers stopped work for demand better pay. In 2010, workers went on strike to protest the new freight train division; while in 2014, there were two weeks of strikes against railway reform.

Even more recently, the data shows that strikes over the past decade or so have been very popular among workers, and have received considerable support, in comparison to the movements of the 1980s.