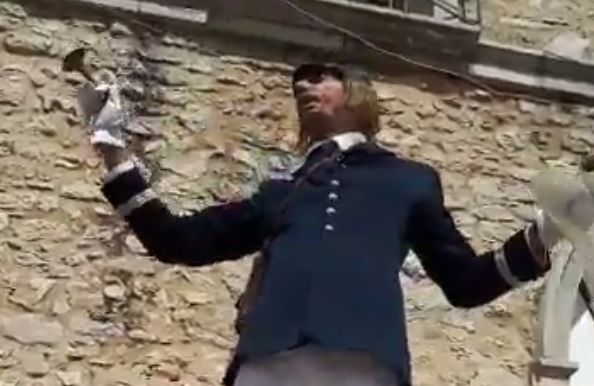 In Balaruc-les-Bains near Sète in the Occitanie region, Christophe Pujol is spending the summer reading the daily bulletin and announcing the scheduled tourism office events, including sports and entertainment - plus a few motivational messages - at four different spots across the town.

This week he also opened a ‘letter box’ for residents and townspeople to drop him messages and questions that he will then read and answer aloud.

Pujol, whose unusual stint in the old-fashioned role has been organised by the town’s tourism office, dresses in a traditional outfit of navy blue jacket and matching hat, along with rouge on his cheeks; and blows into a little trumpet to alert passers-by to his presence and make listeners laugh. On busy days he also stands on a stool, to make himself extra visible.

“It allows me to be creative,” Pujol explained in a report by French TV news channel France 3. “I get to ‘edit’ the programme of the tourism office in my own way, and to play around with people. I like it.”

The response from locals and visitors alike is that the role is original and playful, and adds a friendly presence to the town.