One in three French people ‘would not get Covid vaccination’ 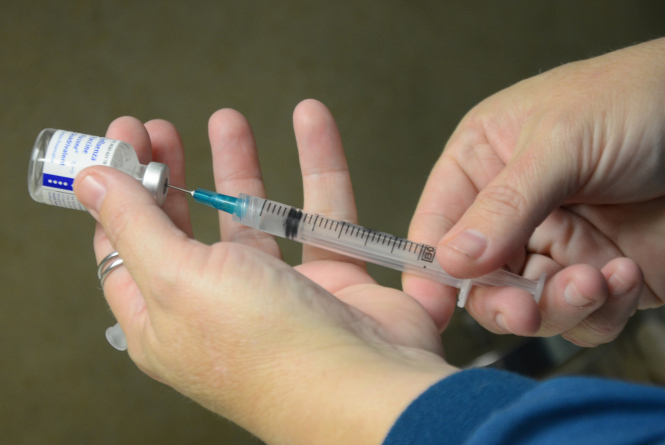 One in three French people say they would not get a Covid-19 vaccination, a new poll has found
By Connexion journalist

A new poll for news source Le HuffPost, by pollster YouGov, found that 32% of the French public would not get a vaccine for Covid-19 even if it became available.

The online survey polled 1,023 people representative of the national French population aged 18 and over, between July 23-24.

It is well-known among experts that many French people are sceptical of vaccination.

In a statement on July 9, the government’s scientific Covid-19 committee said that one of its objectives was to “strengthen the support of our citizens for vaccines", as this is an "essential condition for the success of a vaccination campaign".

The statement added: “In a context of mistrust...vaccination lends itself to public controversy and even conspiracy."

Sociologist Jeremy Ward has studied what he calls the French “vaccination hesitation”, and has worked with colleagues to understand the attitudes of the French public towards the pandemic.

Their figures - from April and May this year - suggest that 20-25% of the population may refuse a vaccine.

Mr Ward told Le HuffPost: “I thought that the danger of this illness, and its capacity to spread, could tip back the balance [but] the main reason for this reticence is the idea that the vaccine will be created too quickly, and consequently risks not being safe.”

He added: “The data from our studies reveal the importance of the political factor in this reluctance. It is stronger among people who support extreme far-right parties, and those who say they have no political views and who did not vote in the last presidential election.”

Read more: France’s mistrust of vaccination ‘putting us at risk’

Currently, there are around 150 vaccination trials and studies in a race to find a solution as quickly as possible.

Most recently, a high-profile study by Oxford University in the UK said that its vaccine had had “triggered an immune response” and could potentially fight the virus; while another trial in China, supported by CanSino Biologics, has also suggested similar results. These have been described as “promising” and “hopeful”.

Yet, the trials are continuing, and current success does not mean that a vaccine will definitely be safe or effective enough for general use any time soon, said Dr Bruno Hoen, director of medical research at prestigious Paris centre l’Institut Pasteur.

In general, vaccinations only work when a certain high percentage - usually around 90% - of the population is vaccinated, to reach a level of “herd immunity”. This stops the illness from spreading the general population, and works to protect people who cannot be vaccinated for health reasons.

The aim with a vaccination campaign, in this case, would be to show how health decisions - such as whether to be vaccinated - need to be taken in the wider, general interest, said Mr Ward.

He said: “The epidemic context is a reminder of how decisions in the health field are often eminently political as they mix economic, legal, diplomatic and other issues.”

Mr Ward said that despite France’s reluctance towards vaccination, it was not always necessarily due to outright “selfishness”, but a fear for their own safety.

He said: “In my interviews with anti-vaccine people, none of them willingly overestimated the immunity of others. Rather, the focus was on concern for their own health.”

He also explained that people’s distrust of vaccines did not always mean they would refuse a vaccine forever.

He said: “In France, we can see that [despite the reluctance], our vaccination coverage is not so bad. So, there are people in France who have doubts, but who get vaccinated anyway.”

French minister: ‘No Covid vaccine before end of 2021’

Ile-de-France: Measles outbreak due to lack of jabs

Can we opt out of vaccinations?