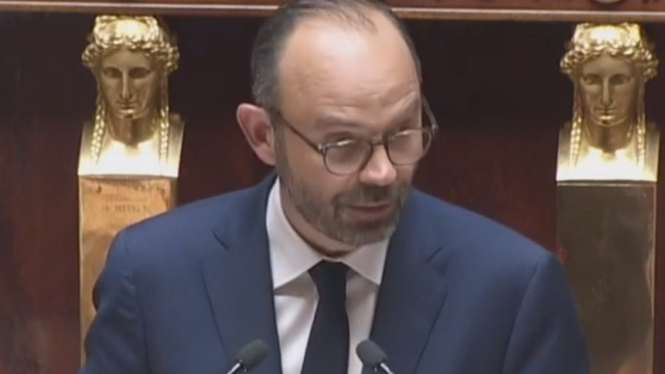 In an hour-long speech – his discours de politique général, a tradition for a new prime minister - Edouard Phillipe outlined key measures the government wants to prioritise.

This came as he announced via Twitter: “France is back. And especially in Europe. We owe it to the French people”.

Measures raised in the speech included:

-          €50billion to be invested in eco-friendly energy and high-tech transport, with the aim of France becoming ‘carbon neutral’ by 2050. No more permits to be granted for exploration for fossil fuels; more taxation of diesel to equalise it with petrol

-          The CICE income credit for businesses which take on staff, to be replaced by a lessening of social charges by January 1, 2019

-          The ‘employees’ part of work social cotisations to be abolished, but the CSG social charge (which is levied on more kinds of income, including investments and capital gains) to be increased (an additional 1.7%) from 2018; the aim is more purchasing power for employees. The prime d’activité – a bonus for low-paid workers – will also be increased “because it must pay to work”.

-          A reduction of the ‘employer’s’ part of social charges on salaries is also promised, especially for ones close to the minimum wage

-          The Régime Sociale des Indépendants (RSI), the much-criticised body dealing with self-employed people’s cotisations sociales, to be abolished, with the self-employed being brought into the responsibility of the régime général as for employees

-          Reforms to the Baccalauréat by 2021, with the exams held over a shorter period and more use of continuous assessment

-          Increasing the number of vaccinations that young children must have

-          Reforms to taxe d’habitation, taking many moderate or low-income families out of the tax by the end of the five-year presidential term

-          Simplifications to the criminal justice system from 2018. Certain kinds of antisocial behaviour would now attract fines and 15,000 extra prison places will be built