Painkillers will go behind pharmacy counters in 2020 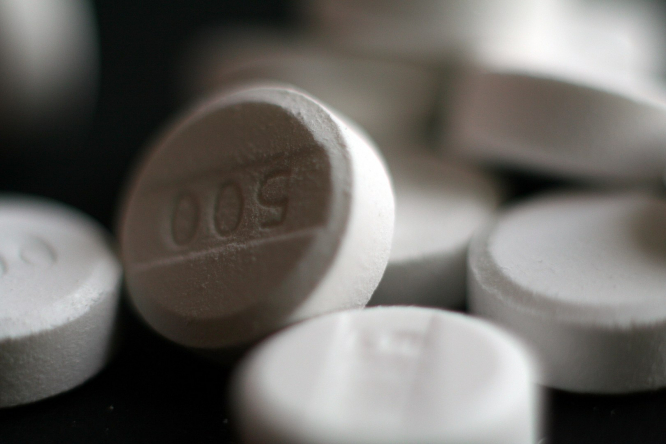 Painkillers such as ibuprofen and paracetamol will go behind pharmacy counters, the ANSM has confirmed
By Connexion journalist

The medicines will also contain clearer warnings on best practice, the risk of overdose, the maximum recommended dose, and other warnings for at-risk patients such as pregnant women. Paracetamol is toxic for foetuses from the sixth month of pregnancy.

The measure comes after medical health agency l’Agence Nationale de Sécurité du Médicament (ANSM) recommended it in October this year, and after consultations with pharmacies and patient focus groups.

In a statement in October, the agency said: “The ANSM would like the drugs to no longer be placed in free access and instead be placed behind the counter of the pharmacy, which would strengthen its role of advising patients.”

From January 15 2020, the medicines will still be available to buy without prescription, but only from behind the counter, and not from open shelves. This will mean that pharmacists will be able to “ask the right questions”, the ANSM said.

Some pharmacies already keep painkillers and anti-inflammatories behind the counter, but others have still had them freely available on open shelves.

Sales of these types of painkiller drugs - including those sold in France under brand names such as Doliprane and Dafalgan - have increased by 50% over the past 10 years, according to the ANSM.

In July, the agency announced that the medicines would also display clearer health warnings, including advice on the risk of overdose, with the simple phrase: “Overdose = Danger” printed on packs.

Paracetamol is the active ingredient in many painkillers. While the drugs are commonly used to treat mild pain and inflammation, taking more than the recommended dose can cause liver damage, and even death.

In July, newspaper Le Parisien reported on the case of a 22-year-old who required a liver transplant after taking six or seven paracetamol tablets everyday for several months.

And in 2017, a 22-year-old woman, Naomi Musenga from Strasbourg (Bas-Rhin), died from an accidental paracetamol overdose in a controversial case that saw Ms Musenga rejected by a Samu operator when she called for help.

The agency said that 32 deaths had been recorded due to ibuprofen misuse in the past 18 years, as well as almost 400 cases of health complications.

In a new statement, the ANSM said: “These medicines are safe and effective when they are used correctly, but present risks when they are badly used. This measure forms part of our action plan to increase the safety of medicines, [including] most notably the arrival of overdose warnings and liver damage risk on boxes of paracetamol in the next few months.”

The agency reminded the public that for a healthy adult weighing more than 50 kilos, the maximum paracetamol dose is three grams per 24 hours, with a gap of at least six hours between each dose.

It added that the maximum length of time anyone should take the medicine without a prescription is “three days in case of fever, and five days in the case of pain”.